Can there be a cookie of the year? Sure, it’s possible that I spend too much time consuming food media, the takes, the Tweets, the Instagram Stories. But if I didn’t, I wouldn’t have seen Alison Roman’s Salted Butter and Chocolate Chunk Shortbread Cookies virtually everywhere, weakening my resistance to the point that I had to try them, and when I did, realizing that just in case you’d missed them on, like, Refinery 29 or Eater or in her incredible first cookbook, I had to tell you about them because they should not be missed. 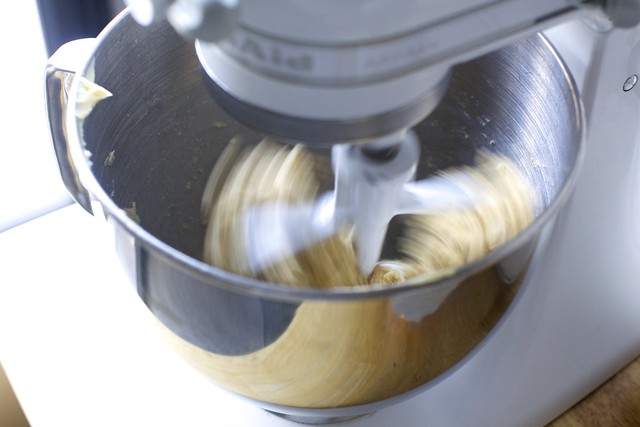 Roman’s book, however, was not new to me. I was lucky enough to read it the moment it was ready and it instantly became a favorite. If you saw me on book tour asked me what cookbooks I was into this year, I guarantee it came out of my mouth first. Roman has done stints at Milk Bar and Bon Appetit and writes regularly for the New York Times food section and her recipes show: she knows how to make the food we really want to eat. She’s also a sharp writer; I love her love letter to boiled potatoes. There wasn’t a chance I was going to miss the Roasted Broccolini with Lemon and Crispy Parmesan, Caramelized Winter Squash with Toasted Coconut Gremolata, Cucumbers and Kohlrabi in Crunchy Chili Oil, her whole section of Knife and Fork Salads, not-the-usual fruit salads (i.e. all savory), her Whole Wheat Pasta with Brown-Buttered Mushrooms, Buckwheat and Egg Yolk, Baked Pasta with Artichokes, Greens and Too Much Cheese and do I have to stop here? I don’t want to stop here but I’m getting close to just copying and pasting the table of contents. 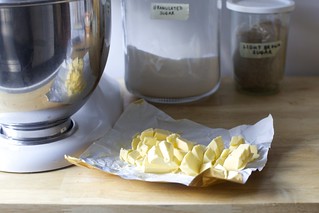 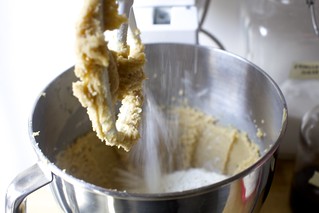 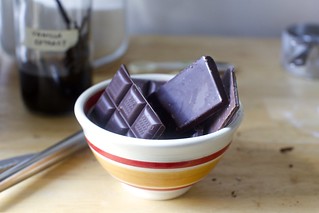 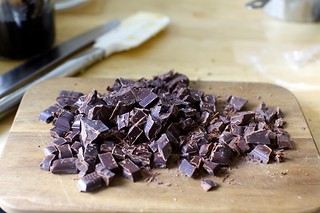 But the single dish I did not expect to make were these cookies and their full title — Salted Butter Salted Butter and Chocolate Chunk Shortbread, or Why Would I Make Another Chocolate Chip Cookie Ever Again? — might explain it. She says she’s always found chocolate chip cookies to be “deeply flawed” — “too sweet, too soft, or with too much chocolate.” She thinks “there’s a lot of room for improvement.” I am that scream emoji. I feel protective… of a cookie. Roman instead took all of her favorite parts of classic chocolate chip cookies to invent something else entirely. First, she uses lots of salted butter; she says that while she prefers unsalted butter in almost all baking, here, it’s deeper flavor and saltiness, add more complexity than just adding salt to unsalted butter. There’s just enough flour to hold it together, just enough brown sugar to suggest a chocolate chip cookie, and chunks of irregular chocolate pieces to “prevent chip congregation” (although, warmly, let me suggest that only a monster could hate such a thing). The dough is formed into a slice-and-bake log that you roll in crunchy sugar. 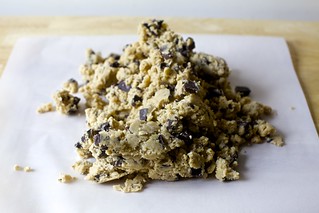 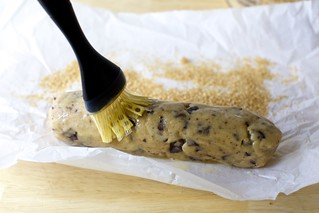 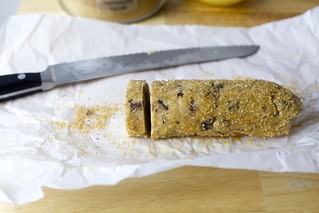 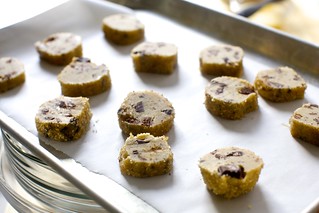 The first time I made them, I quick-chilled the log in the freezer and sliced a few off to bake them and thought they were good, very good, even. But a few days later I sliced and baked off the rest (though I think even a day would work) and baked it for one minute less and you guys need to come over right now and take them from me. We put them on a high shelf so we’d forget they existed and then I started editing photos of them and writing about them this afternoon and have since eaten two more. They’re buttery, so buttery, and a bit crunchy (my husband calls the edges that slip onto the pan “sugar frico”), and salted in that flavor-deepening way, not just an flecky afterthought, and they’re going to win at parties this weekend should they survive that long. 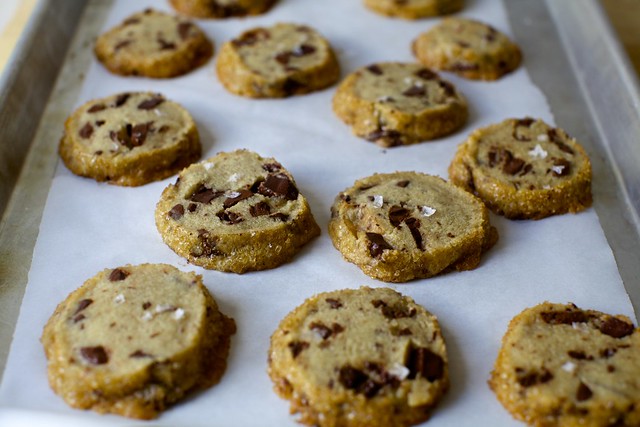 And for the other side of the world:
Six Months Ago: Best Hot Fudge Sauce and Grilled Pizza
1.5 Years Ago: Funnel Cake
2.5 Years Ago: Chocolate Chunk Granola Bars and Oven Ribs, Even Better
3.5 Years Ago: Cherry Almond Dutch Baby
4.5 Years Ago: Pickled Vegetable Sandwich Slaw and Peach and Pecan Sandy Crumble

Roman says that if you find it annoying to buy salted butter just for this recipe, you can use unsalted and add 3/4 teaspoon kosher salt instead. I would like you to know that if you’re buying European butter (and oh, if there was ever a time to splurge on it, it is here) in European packages, most will come in 250-gram blocks which is (drumroll) within 5 grams of what you need here and the recipe works perfectly even without this 5-gram pat of butter.
Beat the butter, granulated and brown sugars, and vanilla with an electric mixer until light and fluffy, scraping down bowl as needed. Add flour, and mix just until combined. Add chocolate chunks, mix just until incorporated. Mixture will look crumbly.

Divide between two sheets of parchment paper, waxed paper, or plastic wrap and use your hands to form the dough halves into log shapes about 2 to 2 1/4 inches in diameter. Chill until totally firm, about 2 hours. I hastened this along in the freezer (30 minutes, tops) but did feel that the cookies were better after resting longer. (But do know that it works!)

When you’re ready to bake the cookies, heat your oven to 350°F. Line one or two large baking sheets with parchment paper. Lightly beat the egg and open up your chilled cookies logs to brush it over the sides. Sprinkle the coarse sugar on the open paper or plastic wrap and roll the logs into it, coating them.

Using a sharp serrated knife, cut logs into 1/2-inch thick rounds. You’re going to hit some chocolate chunks, so saw gently, squeezing the cookie to keep it from breaking if needed. Arrange cookie slices on prepared sheets one inch apart (they don’t spread much) and sprinkle each with a few flakes of salt. Bake for 12 to 15 minutes, or until the edges are just beginning to get golden brown. Let cool slightly before transferring to the cookies you don’t eat immediately to wire racks to cool. Do ahead: The dough can made ahead and stored, tightly wrapped in plastic, up to 1 week in the fridge, or 1 month in the freezer. Baked cookies keep in an airtight container for 5 days, or so I’ve heard.