That sound you hear is the reverberating cacophony of a thousand unfollows. I get it. A great many people rightfully find the avocado toast trend — that is avocado, smashed onto a piece of toasted bread, then discussed as if it were notable — both baffling and exasperating. But I believe there’s a time and place for everything and for me that time (currently a sick no-sleeping baby, thus no-sleeping parents, leading to utter cooking apathy and a near-clinical fixation on avocado toast on my part) and a place (a Nolita cafe that makes it better than anyone else) is right now. 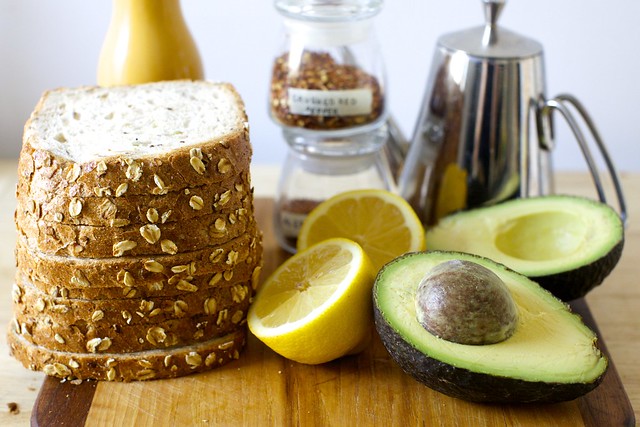 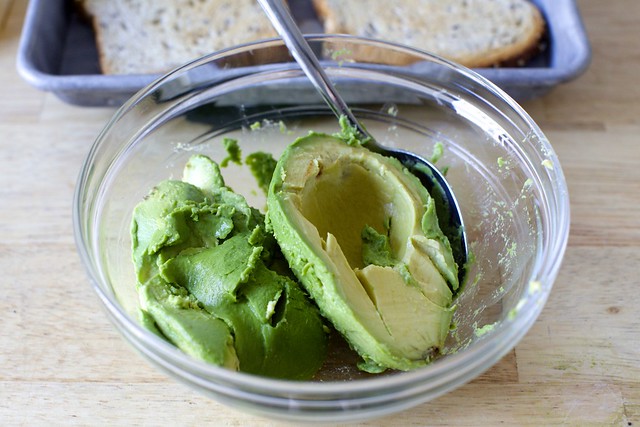 Depending on your perspective, Cafe Gitane, a French-Moroccan shoebox on Mott Street, is to be lauded or booed for launching the avocado toast trend in the 90s, but I came to it later, mostly thanks to you because for as long as people have been kind enough to order custom signed copies of the first SK cookbook from McNally Jackson in Soho, I’ve been sneaking around the corner when I’m done for a little toast-shaped luxury. 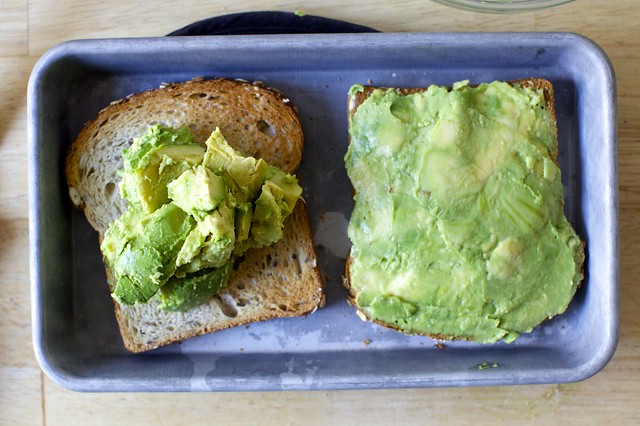 It is, hands down, my favorite place to watch skilled, uncelebrated cooks do their thing in a kitchen tinier than mine. Blink and you’ll miss them cracking two eggs and a dropping a link of sausage into a gratin dish before sticking it under a broiler and scooping it out on toast. Couscous is packed into takeout containers and unmolded in a tower to great acclaim. And while somehow when I make avocado toast at home it tastes to me like, you know, avocados on toast, when they make it, it tastes like magic — vibrant and rich and salty and sour and hot at once.

Thus, upon rounds and rounds of “study” and “research” (woe is me) this winter, I’ve come to the conclusion that theirs is better for the following reasons:

Well, these four things plus a fistful of red pepper flakes. Together, these things are so, so good, so much better than any of their parts, that it’s no surprise that this launched a thousand avocado toast spinoffs, each more elaborate than the last. 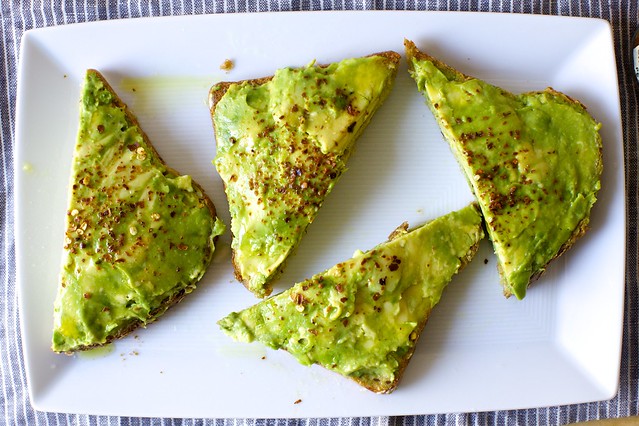 This brings me to my final point, which is that I only have one very strong opinion on avocado toast and it is that I wish everyone would stop making it so complicated in an effort to either upsell it. These days, finding one without extras — cheese (clashy), a runny egg (no, not here), sour cream or mayo (stop it, avocado is rich enough), crunchy things (interruptions, all of them) is frustratingly rare, and mindbogglingly expensive. The answer is obvious: we have to make it at home to get it right every time. Well, that or move to Mott Street. Only one of these things could be pulled off in the next five minutes, however. 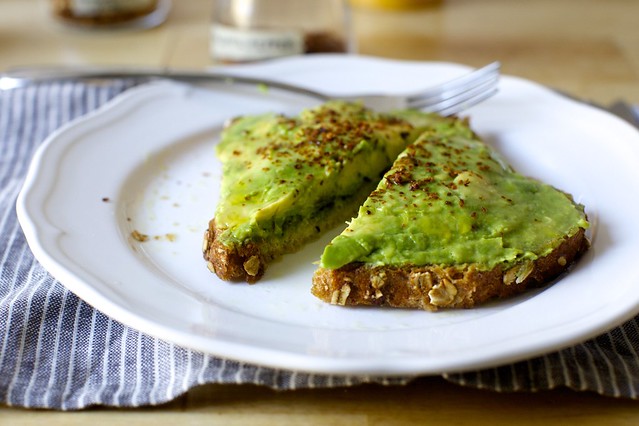 And for the other side of the world:
Six Months Ago: Caponata
1.5 Years Ago: Chocolate and Toasted Hazelnut Milk
2.5 Years Ago: Pasta with Broccoli Rabe and Sausage
3.5 Years Ago: Baked Orzo with Eggplant and Mozzarella
4.5 Years Ago: Peach Butter

Toast the bread so that it’s dark and firm. Scoop the avocado into a bowl and lightly mash/chop it, or directly onto your toast and do the same. Spread the avocado from edge to edge of the toast, leaving no bread uncovered, mounding it smoothly in the center. Drizzle olive oil over so that it rolls off onto the plate. Repeat with lemon juice. Shake or grind on some fine salt and cover with red pepper flakes. Slice toast on the diagonal and eat with a knife and fork, if before noon, with a cup of coffee or tea, if after, a petite glass of rose wine.

On the side: If trying to stretch this into a fuller meal, you cannot go wrong with David Lebovitz’s simple carrot salad on the side, or the Moroccan-hinted harissa and feta version in the archives here.