There are recipes on my Cook This list that I’ve been plotting for years but take forever to jump from that place where they’re a rough idea of how I think something might taste good and how I’ll make that happen. There are items on the list which are just the names of dishes I haven’t tried yet and want to learn more about. And there are recipes that make me kick myself every time I see them because how have we not made a good hearty tortilla soup here yet? And where is that Russian napoleon I’ve been promising you? But this here is none of the above. Exactly one month ago, someone emailed me (hi Angela!) and asked if I had ever made a German Sunken Apple Cake [which sounds even cooler in its native language: Versunkener Apfelkuchen] and I had barely finished reading the email before I had a new tab open because I had to immediately know what it was. 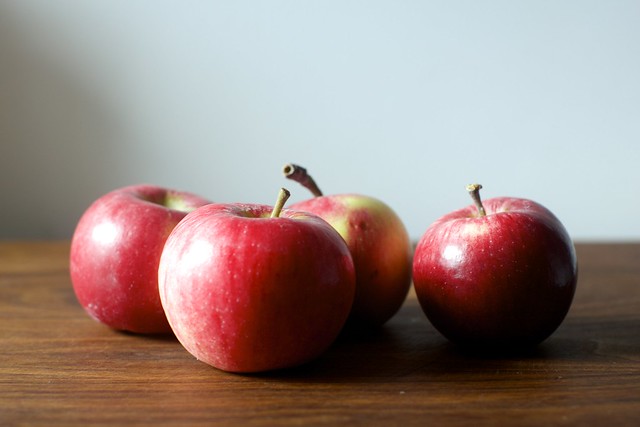 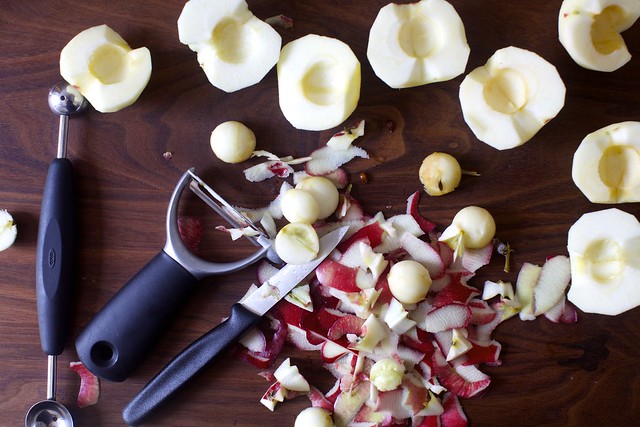 What it was is adorable. Seriously, it’s relentlessly cute. Small apples are peeled, halved, cored and then scored and arranged rump-up on a buttery cake base and in the oven, the cake begins to creep up around them and the apples fan out like accordions and the whole thing is so golden, dimpled and lovely that I abandoned all hopes, plans to do anything else until I could make this happen. (Perhaps predictably, this still took three weeks.) 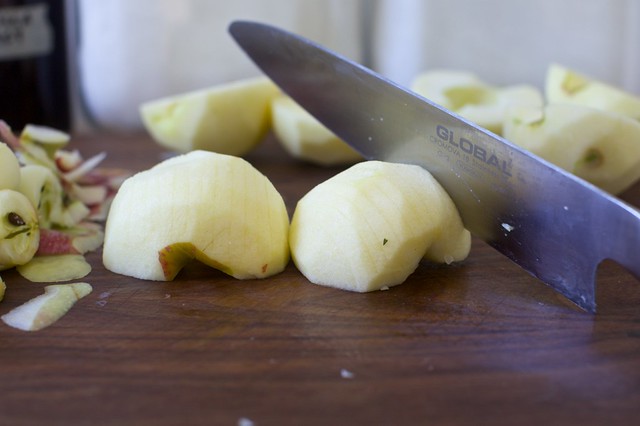 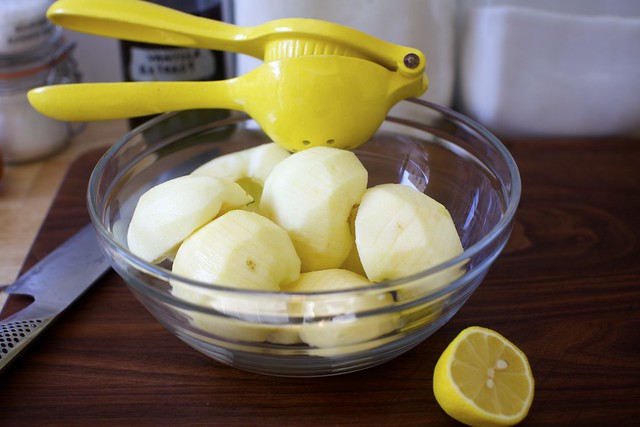 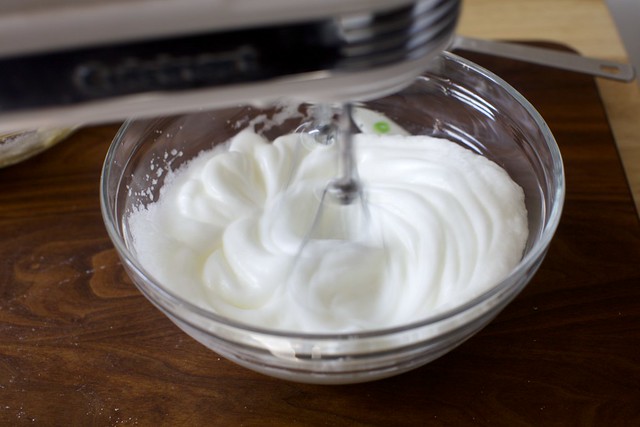 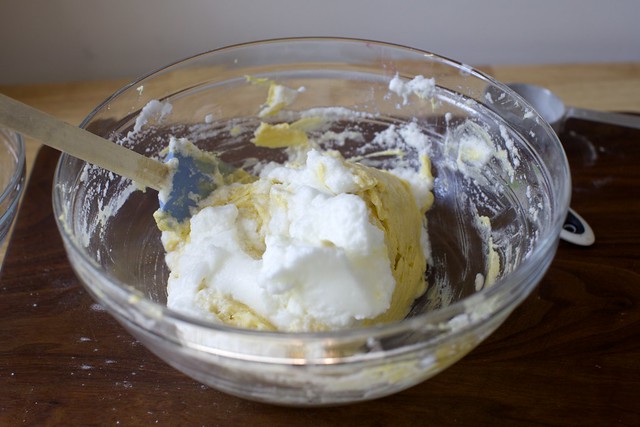 I realize that for some people “relentlessly cute,” i.e. the cake version of a viral video of a kitten scared of a skittering ball of yarn, is not the primary thing they’re looking for in a cake. I mean, I’m not friends with anyone that cold-hearted, but I realize that things like crumb/texture/flavor are also important when talking about cake. Fear not, this cake has that in droves. It’s actually not terribly different from last year’s Purple Plum Torte, but it has an extra egg and more leavener for lift, which is to say that it’s awesome, especially on days two and beyond. 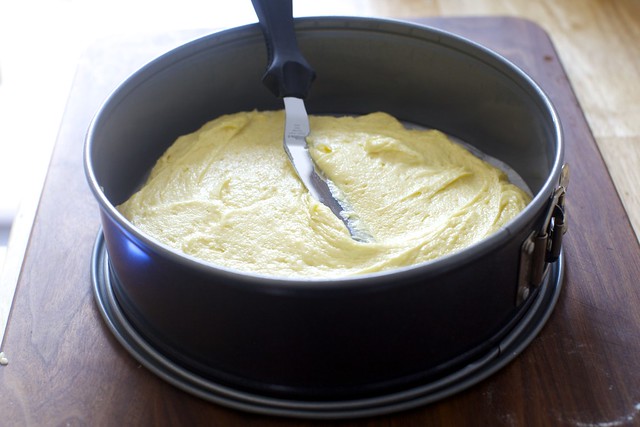 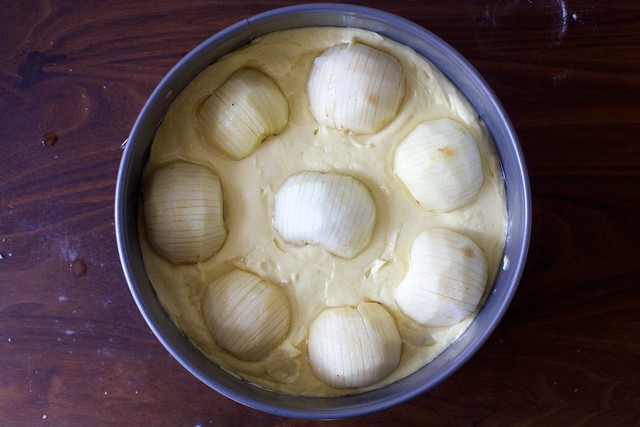 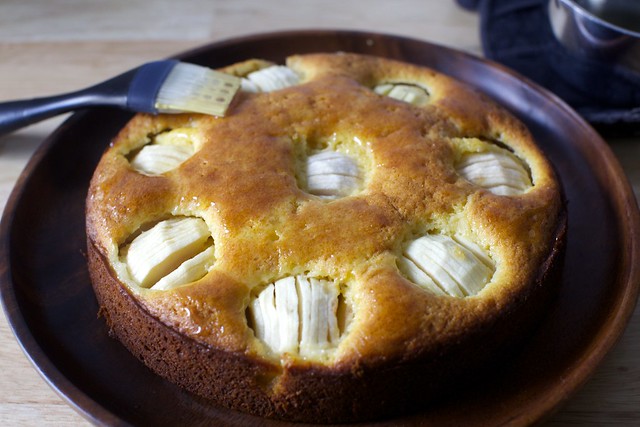 As promised, this site would remains a pumpkin-spice free zone until the first day of fall (you know, tomorrow), meaning that this cake has neither cinnamon nor nutmeg, ginger, allspice or cloves in it. There’s no pumpkin in it, but if your diction is as poor as mine apparently is, you too can disappoint all dozen people you tell about this cake before you make it who hear instead “pumpkin apple cake.” However, I couldn’t resist giving it a honeyed tilt, replacing just about half the sugar with honey and brushing the cooled cake with a salted honey glaze. It’s not traditional, but I now cannot imagine this cake any other way. 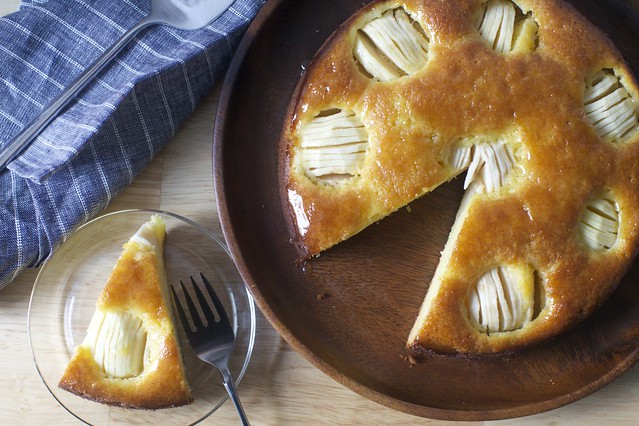 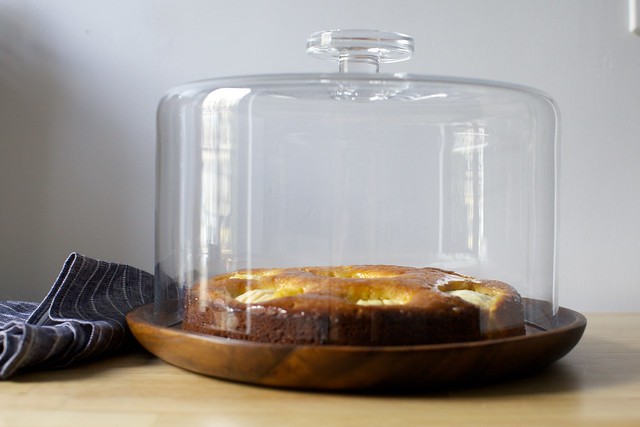 Thank you: To everyone who came out Word on the Street in Toronto yesterday. It was such a fun event, and never a bad time to be around such friendly, warm people.

Sunken Apple and Honey Cake [Versunkener Apfelkuchen]
Adapted from Gourmeted.com, which adapted from the German cookbook Unser Kochbuch No. 1.

My changes to this recipe were to drop the flour a bit because my first cake was quite dry and stiff, to reduce the cookign time quite a bit, replace just under half the sugar with honey and to brush the cooled cake with a salted honey glaze. This glaze, once the cake is cooled, will stay glossy atop the cake for about an hour, but after that will sink in. No harm, of course, but if you’d like above all else a glossy cake, you’ll want to brush the honey on closer to the time you serve it. The cake is just mildly sweet, thank goodness, so the honey glaze does not overwhelm it. As I mentioned earlier, I did not put any cinnamon or pie spices in this, but I don’t think it would be terrible with shake or two of it for fragrance, although it is not traditional. (I think of cinnamon-doused cakes as much more of an American taste.) Finally, like a lot of cakes with large chunks of fruit baked into them, this cake is even better on the second day, and almost sticky-moist on the third — it totally understands when you have a busy week and need to get a head start on your holiday baking.

Serves 8 in standard wedges, up to 12 in thinner ones

Heat oven: To 350°F. Coat a 9-inch springform with butter or a nonstick spray. Line the bottom of the pan with a round of parchment paper.

Prepare apples: Place peeled, halved and cored apples cut-side-down on a cutting board. Use a knife to create parallel thin slices, but only cut halfway through each apple so that the apples stay intact. Don’t fret if you cut through, however; you can just reassemble the halves on the cake in a few minutes.

In a bowl, toss apples with lemon juice and 2 tablespoon granulated sugar.

Prepare cake base: Beat butter and 1/4 cup plus 2 tablespoons granulated sugar together in a bowl with electric beaters until fluffy. Add honey and beat until combined. Add vanilla and egg yolks, beating until just combined. Sprinkle salt and baking powder over cake batter, and mix for just 5 seconds, until they disappear. Add flour, half at a time, mixing only until just combined.

In a separate bowl with cleaned beaters, beat egg whites until stiff. Stir 1/4 of them into the cake batter, to lighten it a little. Fold in the rest in three additions. It will seem impossible to fold in at first because the batter is so stiff, but it will loosen with careful folding. Only fold the last addition of egg whites until it has mostly disappeared (a couple faint streaks of egg white are fine).

Spread cake batter in prepared cake pan, smoothing the top. Arrange apple halves facedown over the cake batter. To warn, 4 tiny/small apples will definitely fit over the cake batter. When I made it with 4 small-almost-medium apples, I could only fit 3 1/2 of them. No need to press the apples into the batter. You can pour any extra lemon juice and sugar in the bowl over the apples.

Bake cake: 35 to 40 minutes, until a toothpick or skewer inserted into the center of the cake comes out clean. Let rest on a cooling rack for 5 minutes, then cut around the cake to make sure it’s not sticking to the pan at all, and unhinge the sides. Let cake cool completely. You can store it at room temperature at this point, or after you add the honey, for up to 5 days 3 days at room temperature. After that, a fridge is best for longevity. The cake is lovelier on day 2 than day 1.

Before serving, if you’d like the glaze to look glossy, or whenever the cake is cool, if you don’t mind if the honey sinks into the cake: Warm 1/4 cup honey and a good pinch of sea salt until it liquefies to the point where it makes a thin glaze — this will take less than 30 seconds. Brush honey-salt mixture over cooled cake.