I would like to tell you that I made coconut cream pie because after 12 years of requests for it, I submerged my doubts over whether it was my “thing” and finally saw the light. Or that apparently this specific coconut cream pie created by Tom Douglas at Dahlia Bakery in Seattle is so well-known and loved, a previous president would ask for it by name. Or that I made it because I was delighted by the history of coconut in America outlined by Stella Parks in her Bravetart cookbook (which we are already way into), where she explains that the earliest packaged coconut you could get in the US, after the Civil War, was dry and chewy, and not very appealing unless you soaked it in something. That thing became cream for custard, because we have very good tastes. Or that in one of those food holidays I’m a bit dubious of but not above mentioning should the stars/cravings align, apparently May 8th is National Coconut Cream Pie Day, and we might as well begin preparing today. 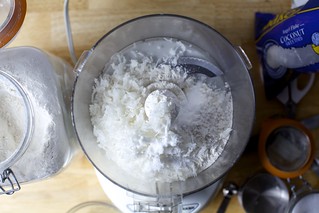 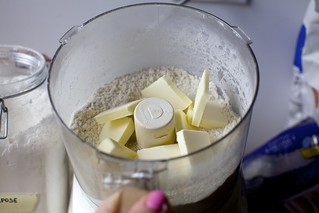 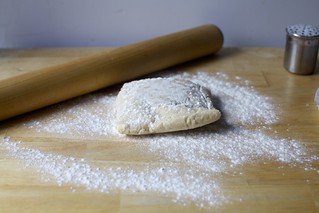 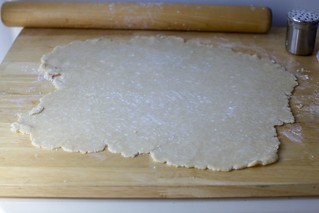 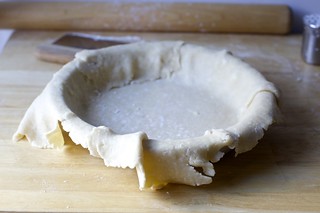 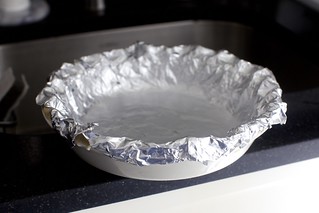 None of these are true. I actually — in a veritable sad trombone after a build-up like the above — made coconut cream pie because I went so overboard buying coconut for a certain wedding cake I made last summer that I had quite a bit left to use up before its okay-let’s-be-honest-I-blinked-and-missed-it expiration date. 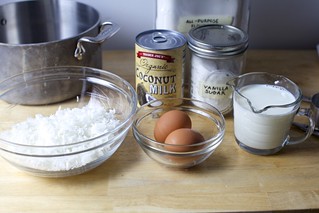 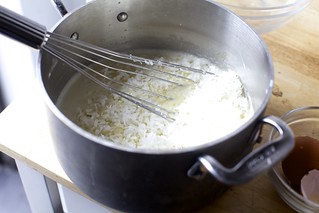 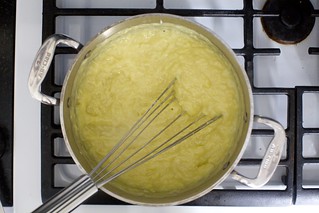 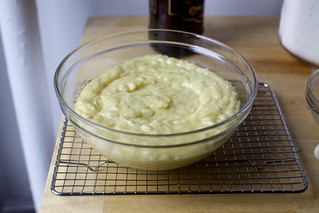 What I quickly learned, however, is people* have a level of enthusiasm over coconut cream pie that is virtually unparalleled in any other dessert, save, perhaps, banana pudding or chocolate pudding pie. I believe the theme is pudding. Or — perhaps, just perhaps — the mandatory raft of whipped cream on top. 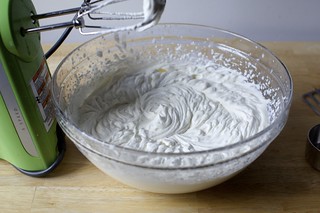 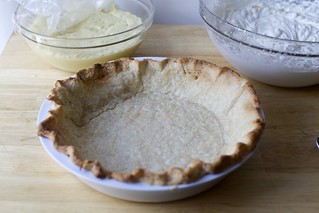 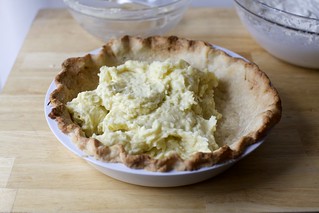 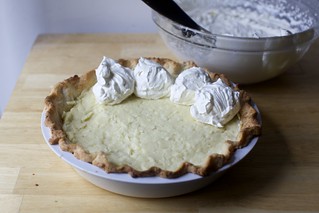 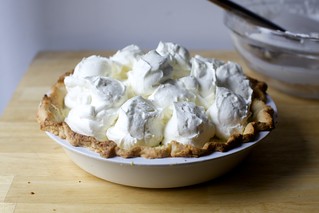 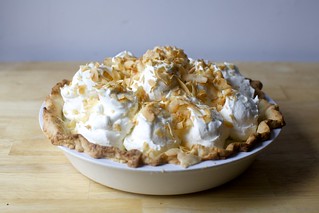 I get it, I really do, especially after making this one: a mile high with equal parts gooey, vanilla-flecked, rum-kissed coconut custard and massive pom-poms of whipped cream, topped off with a shower of toasted coconut flakes and curls of white chocolate. It does nothing halfway and neither should we. 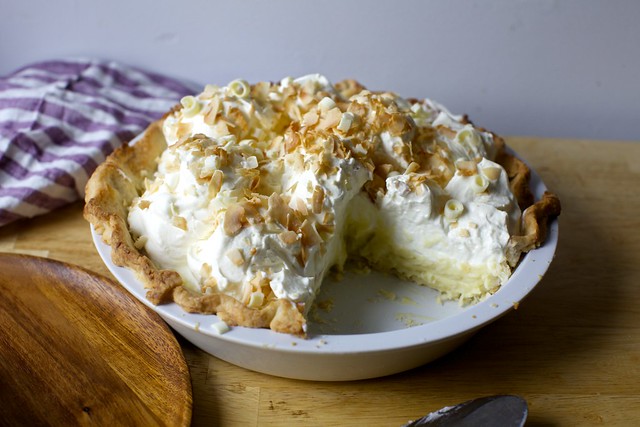 * You know how it can take weeks and weeks to find a single date that works on the calendar for all of your friends? Yet amazingly if you group text “I think I have too much coconut cream pie, who wants to swing by and pick some up?” suddenly, everyone is free, and your family is mad at you for giving all their pie away. I will never underestimate the mere suggestion of homemade coconut cream pie again.

All parts of this coconut cream pie contain coconut — it’s in the crust, there’s coconut milk and shredded coconut in the coconut filling, and the whipped cream is finished with toasted coconut flakes, setting it apart from coconut cream pies with coconut in merely the filling. This recipe has a lot of processes so it’s best to plan ahead. You will be rewarded for your work. Read to the end for the rest of my notes.

Make coconut crust in a food processor: Place flour, coconut, sugar, and salt in work bowl of food processor and pulse a few times to combine. Add butter and pulse in short bursts until butter and flour are combined and mixture resembles small peas. Drizzle cold water over and pulse a few times, just until the water disappears into the dough. Turn dough and any unmixed bits out onto a piece of plastic wrap or waxed paper and mash into a disc. Wrap tightly and chill for at least 1 hour, and up to 1 week.

Both methods: Turn dough and any unmixed bits out onto a piece of plastic wrap or waxed paper and mash into a disc. Wrap tightly and chill for at least 1 hour, and up to 1 week.

Roll coconut crust: Roll out dough on a well-floured surface into a 12- to 13-inch circle. Transfer to a 9-inch pie pan, being careful not to stretch the dough. Trim overhang to 1 inch (save the scraps, you may need them to patch the dough), then fold onto rim and flute with fingers and thumb. Transfer pan to freezer; chill until crust is solid, about 20 minutes.

Bake crust: Prick cold crust all over with a fork. Lightly coat a piece of foil with butter or nonstick spray and press it tightly against every nook and cranny of the frozen crust. (This allows us to skip pie weights.) Bake for 20 minutes, then gently, carefully, slowly remove foil. If any holes or cracks have appeared, use scraps of leftover pie dough to patch them. Return crust to oven and bake for 10 to 12 minutes, until deeply golden at edges and lightly golden at the bottom. Remove from oven and let cool completely before using.

Toast coconut for garnish: (Since you have the oven on right now.) Reduce heat to 350°F. Spread coconut for topping on a large baking sheet and gently toast coconut until edges are golden brown, 7 to 8 minutes. Watch carefully and stir a few times. Almost everyone who toasts coconut flakes ends up burning them. Let’s beat the odds! [I genuinely want to put up a Days Since Someone Making This Recipe Last Burned a Pan of Coconut Flakes, but I’m going to have to start it at zero because: me.] When they’re the right color, let the fully cool and set aside.

Make coconut pastry cream: Whisk flour, salt, granulated or vanilla sugar, vanilla bean seeds, if using, until combined. Whisk in eggs, then milk and coconut milk, followed by shredded coconut.Place over medium heat on the stove and bring up to a simmer, stirring. Once simmering, stirring, until custard thickens, 4 to 7 minutes. Off the heat, whisk in butter, a few chunks at a time, vanilla extract, if using instead of a vanilla bean, and rum, if using. Scrape into bowl, press plastic wrap against the surface of the custard, and chill in fridge for several hours or overnight until fully cool (and has finished thickening). In a rush? I often set the bowl of custard inside a larger bowl of ice water, stirring occasionally, which can speed up the process.

At last, assemble your pie: When pastry cream and crusts are fully cooled, fill crust with the coconut pastry cream and smooth the top. Either pipe or decoratively spoon (I used a large cookie scoop) whipped cream topping on top, then garnish with toasted coconut flakes. Use a vegetable peeler to shave chocolate curls all over.

Extended notes:
– I made many minor tweaks I won’t bore you with and a few bigger ones, and I mention this just because it’s such a popular recipe and this version is not a match for the book: I made the crust two times, two ways, and both times found it … pesky; a bit thin, prone to tearing and softness, and a little scant. This would logically be where I tell you just to use your own favorite pie crust (or mine) but the resulting crust is quite delicious if you feel you’re up for it. I use “cheat” method of blind-baking crusts (freezing, foiling, skipping the weights) and suggest this instead below.

– The custard is fantastic but I made it the “quick” (one pot, no tempering) way the second time and it worked just fine, so I’m encouraging you to do the same. The recipe calls for a full vanilla bean and I know they’re wildly expensive right now. If you keep a jar of vanilla sugar around, I vote for using it here instead of granulated along with 2 teaspoons of vanilla extract. If you don’t keep vanilla sugar around, promise you will after the next time you use a bean, okay? Vanilla paste will work here as well. Finally, the rum is my addition (Deb is gonna Deb, etc.) but I keep it very low because you will really really taste it if you use more; I find when you use more than a tablespoon in a custard, it becomes a rum custard and nothing else. Again, coconut is the star here.

– The amount of whipped cream on top is borderline staggering to a coconut cream pie newbie and exactly correct to everyone who has eaten it before; it’s a thing, it’s the way it should be. I use less sugar in the whipped cream, the lower end of the range I suggest below.

** A pesky thing about bagged sweetened coconut: I finally got to the bottom of something that’s baffled me too long, which is this idea that if you buy, say, a 7-ounce/198-gram bag of sweetened shredded coconut, it says it holds 2 2/3 cups but it really doesn’t unless you pretty loosely pack, almost just spoon in, the coconut, which is fine, but strange that so few recipes actually mention this (mine too, but now duly noted). I learned this the hard way, when packed the 1/2 cup of coconut down, the weight clocked in twice as high, and the crust went right into the garbage because it absolutely didn’t work. I’m going to file this ingredient onto a long list of things that just work so much better when weighed (see also: dried coconut flakes, sliced almonds, ground nut flours, raspberries with the hollow centers that collapse when ripen, grated cheese, okay I could go on forever)