What makes a recipe great? In my head, there’s a list of ten things and eight of them are different ways of saying the first one, which is “It works.” 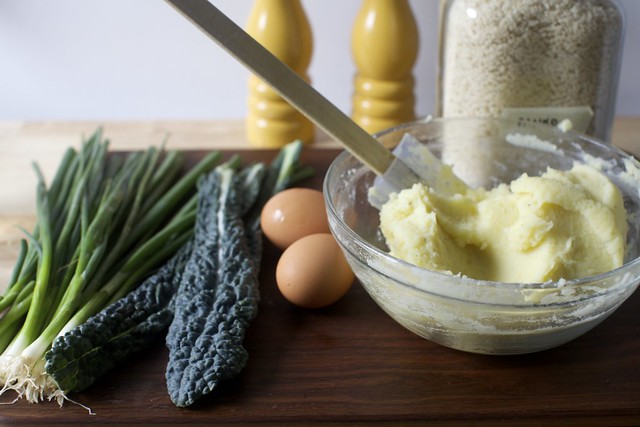 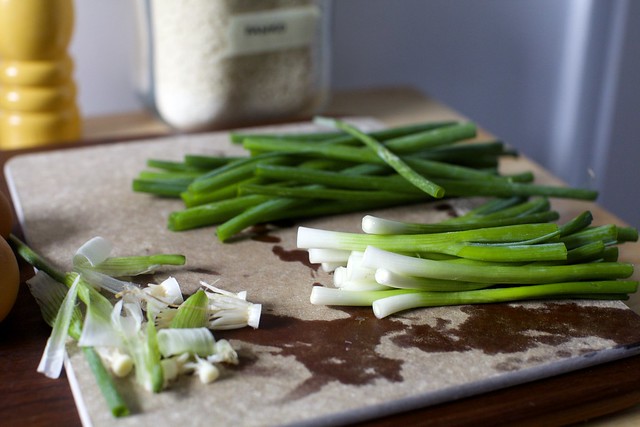 But once we get the 8-point plan sorted, there are two additional things that are less essential, but raise the simple act of food prep/nutrient dissemination to something special. 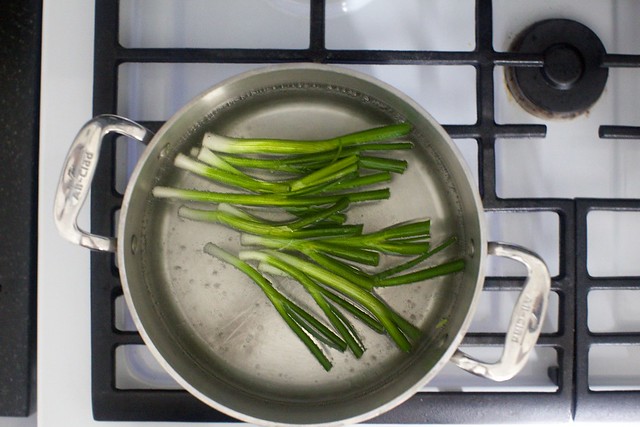 For me, the last one is the elusive part and kind of the holy grail. Of course, the recipe has to work. Ideally, it’s going to add something new to the cooking conversation, and not just be a derivative of stuff already covered to death. But my favorite recipes are the ones that shake me from my cooking ennui, that make me want to drop everything and get in the kitchen; they take all drudgery out of the repetition of lunchboxes and weeknight dinners. An unexpectedly good dish from an unexpectedly good recipe can make the best of the worst (or creepiest) day. 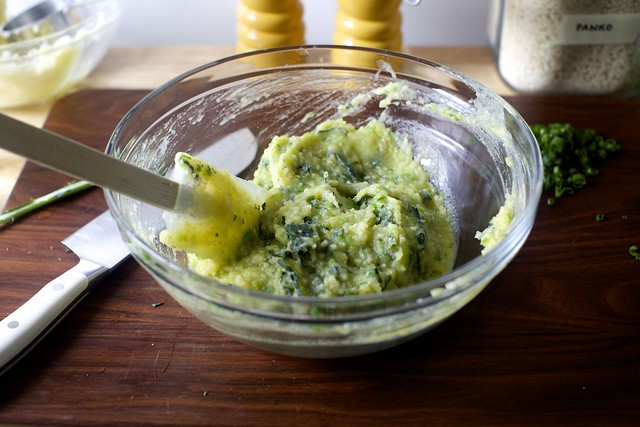 I’ve been thinking about this a lot this week* as I’ve been reading through the new Genius Recipes cookbook from Food52’s Kristen Miglore. I’ve been a fan of the column from its 2011 inception, when it set out to highlight recipes that change the way we cook by involving an unexpectedly simple technique, debunking a kitchen myth, or applying a familiar ingredient in a new way. Narcissistically, I’ve enjoyed that the column is a natural kin to this site, as it has highlighted many recipes I’ve chosen to here as well for similar reasons, like Marion Cunningham’s Essential Raised Waffles, Marcella Hazan’s Tomato Sauce with Onion and Butter, Jean-Georges Vongerichten’s Ginger Fried Rice, The River Cafe’s Strawberry Lemon Sorbet, Moro’s Warm Butternut Squash and Chickpea Salad with Tahini, Diana Kennedy’s Carnitas, which Homesick Texan’s version credits as inspiration, oh and (ahem) a recipe from the Smitten Kitchen itself, Mushroom Bourguignon. But the book doesn’t stop there, so if you’ve loved these recipes as much as we have over the years, you’ll equally enjoy the 80+ more featured I haven’t even gotten to yet. 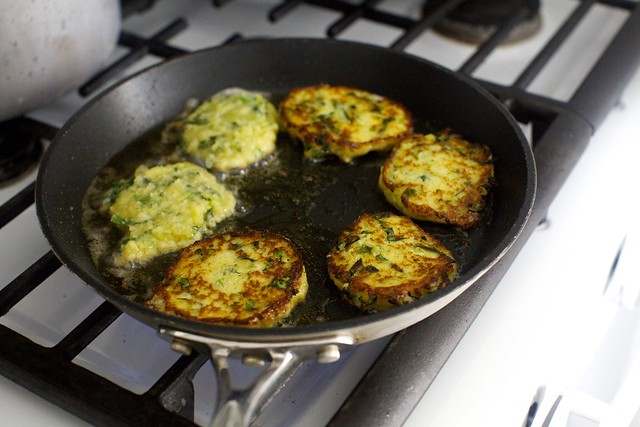 Of all that tempted me, and there were many, I went for the simplest and most kid/husband-pleasing last night: Bert Greene’s Potato Scallion Cakes, to which I added kale, not, for once, because I was trying to coerce the kid into eating more greens but because I’m the one who’s fallen off the iron wagon. Greene was the New York Daily News longtime food columnist, cookbook author and he even had a gourmet take-out store in the Hamptons long before Ina Garten. This recipe showed up in 1984’s James Beard award-winning Greene on Greens as a simple way to give new life to leftover mashed potatoes, which tend to be floury and not especially pleasant to rewarm. These are their highest calling — a golden, crisp-edged flavorful fritter that would be as welcome with a crispy egg on top for breakfast at any time of the day, to a side dish for something more hearty (flank steak and kale salad for us, see above: iron!). Could you put cheese in them? Could you add more thinly shaved vegetables? Could you freeze them for future meals? Could you tuck them in a school lunchbox? Yes, yes, yes and yes, and you should. 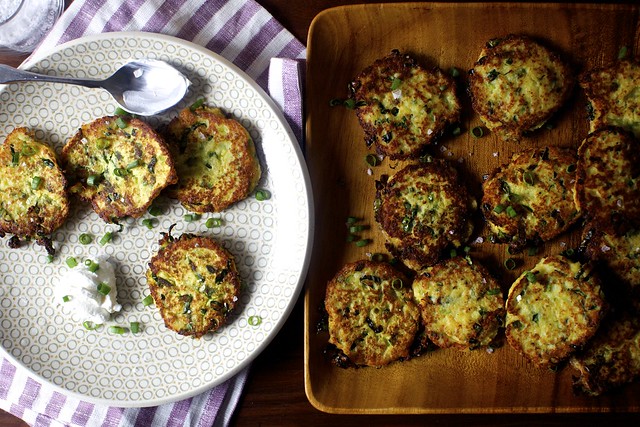 * This Thursday: At 7 p.m., all 1.5 of me will be on a panel with Dorie Greenspan, Kristen Miglore and Michael Ruhlman discussing exactly this — what makes a recipe great — at the 92nd Street Y (Lexington Avenue at 92nd St) in celebration of the release of the Genius Recipes cookbook. If you’re around, I hope you can stop by and join the conversation. [This is a ticketed event. Details and ticket sales over here.]

And for the other side of the world:
Six Months Ago: Homemade Harissa
1.5 Years Ago: Apple Slab Pie
2.5 Years Ago: Pear Cranberry and Gingersnap Crumble
3.5 Years Ago: Butternut Squash Salad with Farro and Pepitas

There are a lot of scallions in this recipe for such a small amount of mashed potatoes, and the original recipe has you cook them until tender in boiling water to reduce their bite. I did this because I like to follow a recipe to the letter when I make it for the first time, but if you’re undaunted by a sharper bite of scallion, you could skip this, or just use fewer scallions. I added a “handful” (I’m sorry, I didn’t even weigh it; I don’t know me either) of kale leaves, basically 3 lacinato leaves, stems removed and cut int very very thin slivers/chiffonade. I think a handful of any greens you have around would be lovely here, or another vegetable, if not too wet (some salted and drained zucchini, perhaps?). I don’t, unsurprisingly, keep a supply of leftover mashed potatoes in the fridge and made this from makeshift ones: 3 small/medium yukon gold potatoes, boiled until tender, and mashed/riced while warm with some butter and buttermilk and seasoning, less than I’d use if serving them solo. I let them cool before adding them to the batter.

Clean and trim the scallions, leaving about 2 inches of green stems; I reserved the darker green tops for garnish and salad additions. Cook in boiling water until tender, about 5 minutes. Drain, wring out well, and chop finely. Place the scallions in a medium-sized bowl, add the kale, eggs, nutmeg (if using), salt, pepper, bread crumbs and potatoes and stir to combine. The batter will be loose and wet; this is just fine.

Heat the oils in a large skillet over medium-high heat until very hot but not smoking. Use about 2 tablespoons batter (I used a cookie scoop that holds slightly less) per pancake, flattening them as they hit the pan. Cook until golden brown underneath, just a couple minutes, before flipping them and cooking them on the reverse side until golden and crisp as well. Drain on paper towels, but be gentle as they are still fragile. You can keep them warm in a 200 degree oven while cooking off the rest of the batter, adding more oil as needed and letting pan cool between batches if it gets too hot.

Serve scattered with reserved scallion stems, if desired, topped with a crispy egg or alongside a dollop of sour cream or plain yogurt. They also make a wonderful meal with a big salad. Leftovers keep well in the fridge for a few days