This probably makes no sense. The classic Levantine fattoush salad that I’ve mercilessly punned upon is the epitome of summer: tomatoes, cucumbers, scallions, mint, parsley, garlic and lemon with pita chips that both do and do not soak up the dressing, in the best of ways. It’s bright, crunchy and the absolutely ideal thing to eat on a hot day. But at least on this coast, we’re done with beach days for a while. We’re done (or were supposed to be before today’s confusion) with open-toed shoes, permanently open windows, and going out without a jacket and not regretting it. The tomatoes are waning, the heavy orange vegetables and dark leafy greens are creeping in. 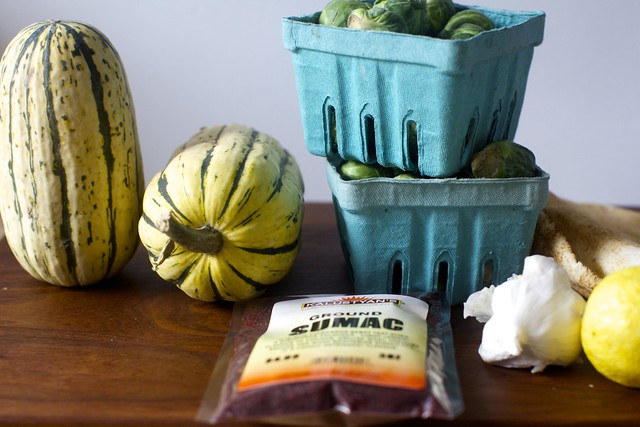 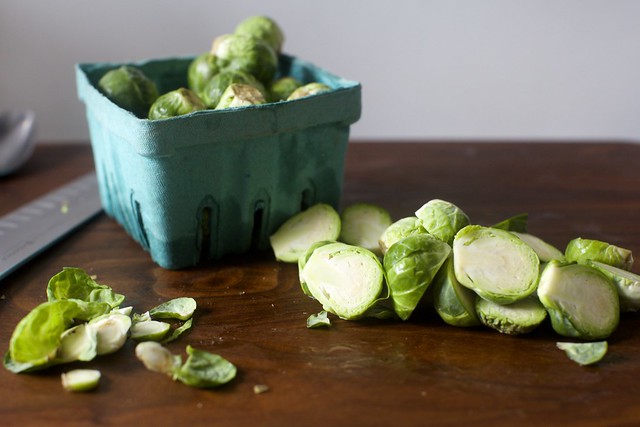 A fall-toush salad is like your summer fattoush put on a thick sweater over a plaid shirt and went on a hay ride drinking hot apple cider and came back mooning over how the forest floor is like a giant mural. A fall-toush salad keeps the brighter parts of the summer version — the lemon, the scallions (well, I forgot them, but you shouldn’t), parsley, mint, garlic and pita chips — but stirs them over warm roasted squash and brussels sprouts. A fall-toush salad accepts that it’s going to be cold out for the foreseeable future and that your salads must adjust accordingly, even yours truly cannot. 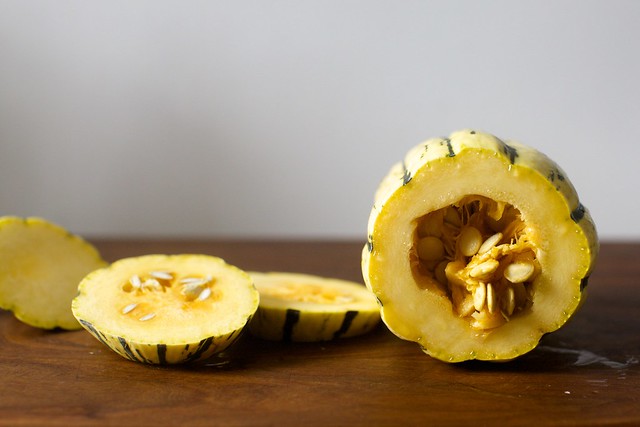 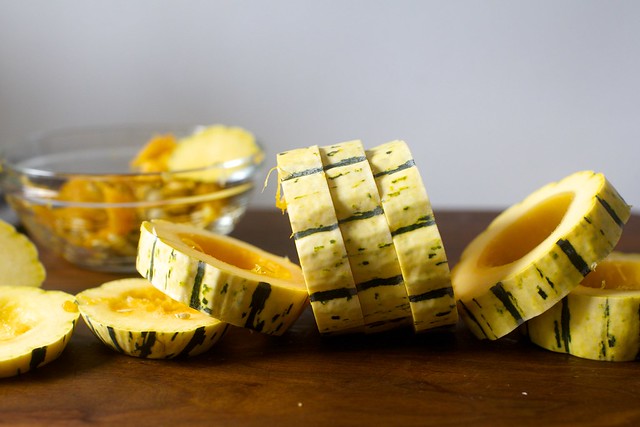 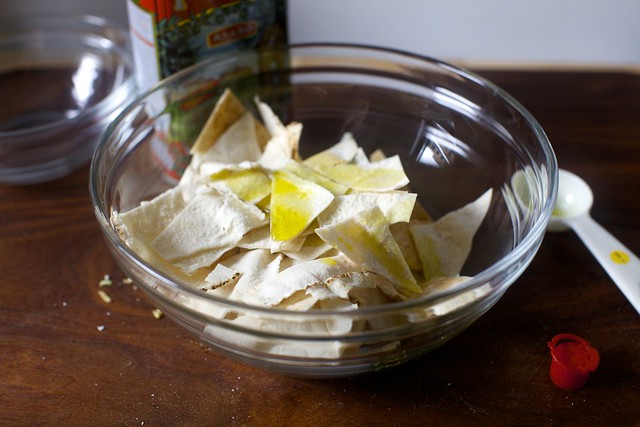 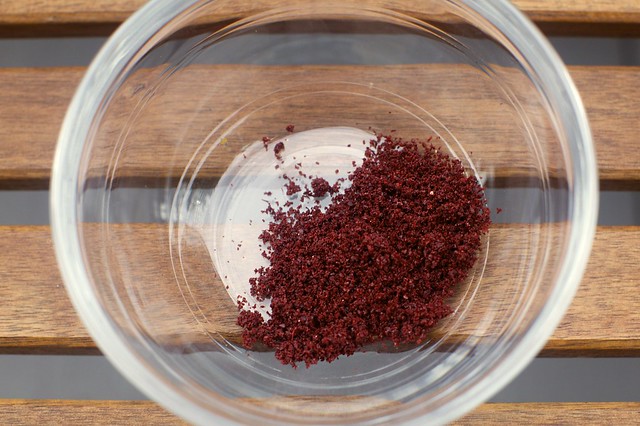 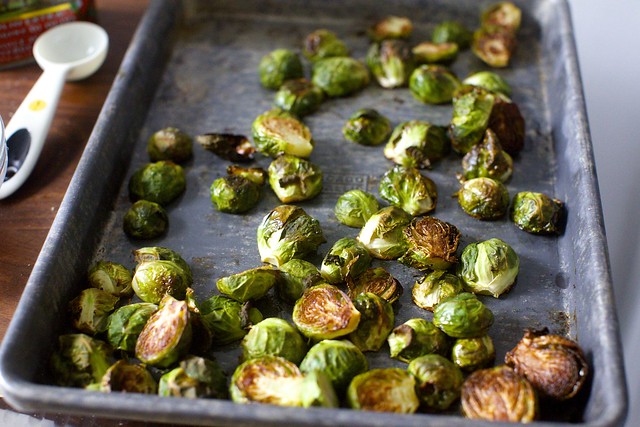 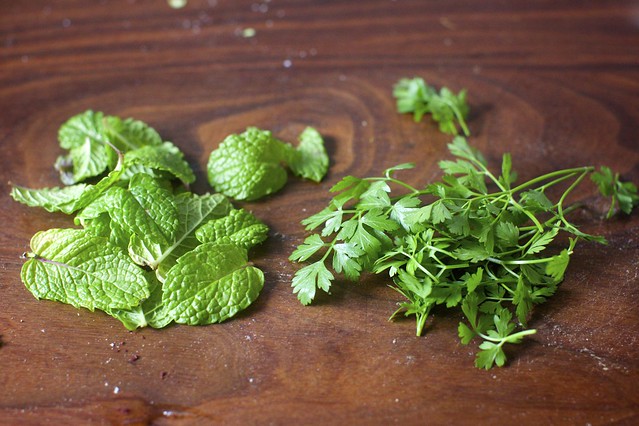 I’d planned this as a side salad to simple roasted chicken but was delighted to find that it’s really meal-level hearty, almost the kind of all-in-one-bowl with a killer dressing as last year’s miso, broccoli and sweet potatoes, 2012’s butternut, farro, feta and pepitas, 2009’s beloved warm butternut salad with chickpeas and tahini or 2006’s winter panzanella. But my favorite part of this is the way it’s squarely a fall dish that, with the lemony, crunchy ingredients, holds onto a trace of summer, kind of like we all want to right now. 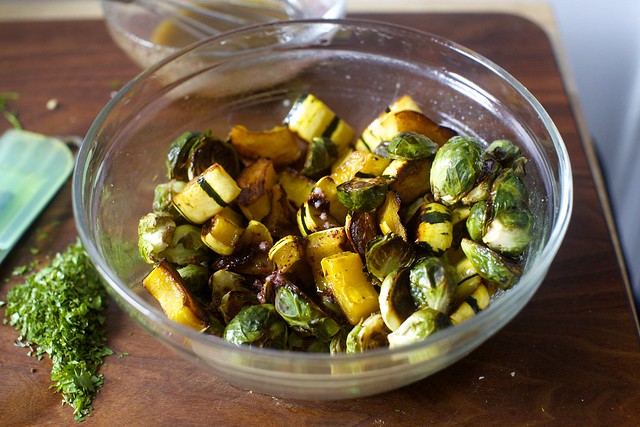 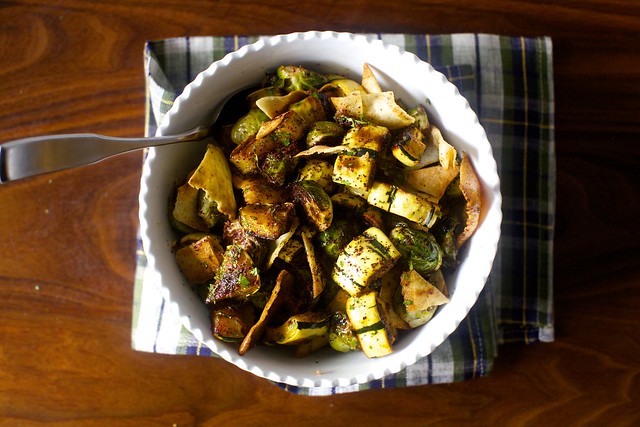 And for the other side of the world…(trying something new!)
Six Months Ago: Asparagus-Stuffed Eggs
1.5 Years Ago: Bee Sting Cake
2.5 Years Ago: Pasta with Garlicky Broccoli Rabe
3.5 Years Ago: French Onion Soup

Aside from the delicious swirl of lemon, parsley, mint, garlic, scallions against sweet roasted squash and nutty roasted brussels sprouts, one of the key flavors/ingredients in a classic fattoush salad is ground sumac (read more here too), a stunning dark red spice that tastes like paprika has been crossed with citric acid — it’s, in fact, sour and one of my favorite spices. However, because most big grocery stores don’t carry it, it puts me in a position I generally try to avoid, which is sharing a recipe with an obscure ingredient. Here’s the deal, though: If you don’t have it, you’ll be fine without it. Replace it with an equal amount of paprika (not a smoky one) and another squeeze of lemon if you so desire. You probably won’t find anything to be missing because the salad has plenty of flavor without it. If you’d like to seek some out, however, I consider it abundantly worth the $5 investment. You can buy it here, here, here or here (a new-ish spice shop on the Lower East Side), or likely any Middle Eastern market you can get to. I replaced my old dusty bottle yesterday at Kalustyan’s.

Here, I used delicata squash, because I’m making up for lost time with it. It’s the perfect winter squash; most clock in at just a pound (perfect 1 to 2 person serving size), are much easier to chop than my previously beloved butternuts, are less stringy than acorn squash, and here’s the best part: you don’t have to peel them.

Serves 2 in a meal-sized portion or 4 as an appetizer or side — i.e. it’s not a huge bowl, but it’s hearty

Prepare vegetables: Heat oven to 400F. Coat two baking sheets with a tablespoon or so of olive oil each.

Cut ends off delicata squash and scrape out seeds with a spoon. [Did you know you can toast these like pumpkin seeds for a crispy garnish? You can!] Slice squash into 1/2-inch rings, then cut each ring into 1 to 2-inch chunks (I cut each ring into 1/6ths). Spread on first baking sheet in one layer; sprinkle with salt and pepper. Roast for 20 to 25 minutes, until bronzed underneath, then flip and roast for another 10 to 13 minutes, until browned at the edges and tender in the center. Set aside to cool slightly.

Meanwhile, trim ends and any discolored leaves from brussels sprouts and halve them lengthwise. Spread cut-side-down on second baking sheet; sprinkle with salt and pepper. Roast for 15 minutes, then flip sprouts and roast them for another 5 to 10 minutes, until toasty and crisp. Set aside to cool slightly.

Prepare pita chips: Split pita into two layers and cut or tear into large bite-sized chunks. Toss in a bowl with a little less than 1 remaining tablespoon olive oil and a couple pinches of salt. Spread on a baking sheet (I reused my brussels sheet, because they were done first) and toast in oven with vegetables for 5 to 8 minutes, until golden and crisp.

Make dressing: Soak sumac in water for 5 minutes, then whisk in remaining dressing ingredients. Adjust seasonings to taste; you may find you need more lemon juice or vinegar.

Assemble salad: In a medium-large bowl, combine warm roasted vegetables and scallions. Toss with 1/2 to 2/3 dressing, or to taste. Stir in chopped herbs, then pita chips; add more dressing and adjust salt and pepper levels if needed. Sprinkle with sumac to finish, and serve.