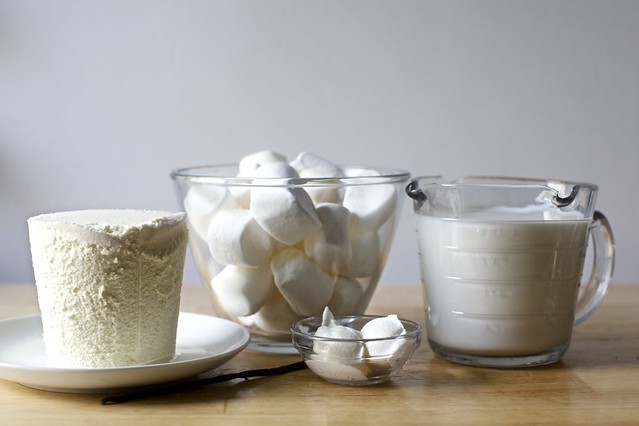 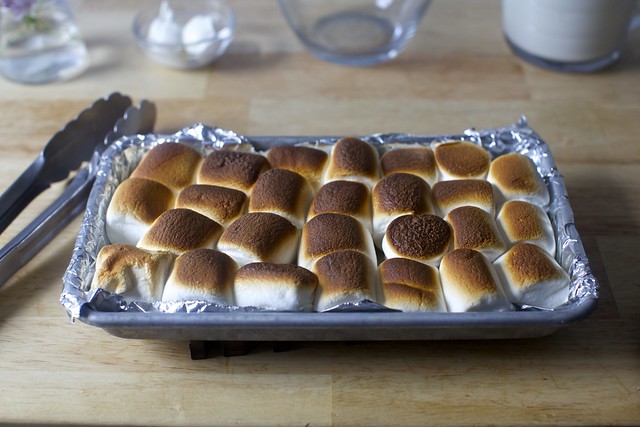 I don’t know what happened after that. Maybe I didn’t get much sleep that year? Maybe I was busy writing a book? Maybe I was scared I couldn’t be trusted around a blender full of toasted marshmallow milkshake because things like this happen? All I know is that I failed you, failed to pave the milkshake’s path from 12th Street to your blender and now, as we approach ice cream season once again, it’s time to make things right. 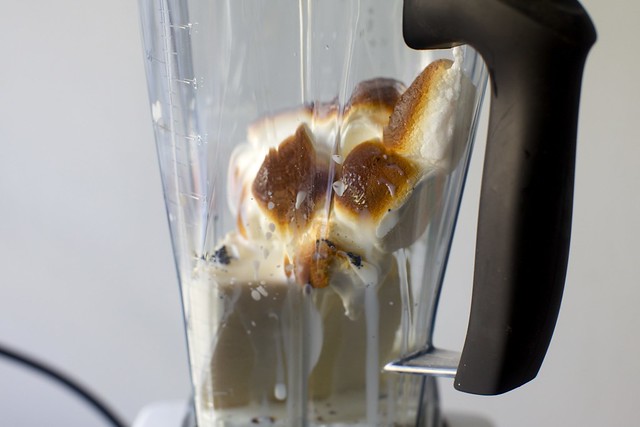 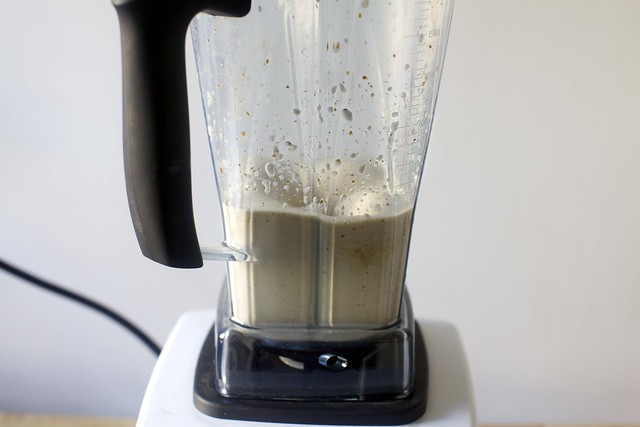 What I thought was an obsession that existed mostly among people who’d eaten at The Stand before it closed a couple years later has proven viral, and I found innumerable recipes for toasted marshmallow milkshakes on the web, including one that Gourmet had tracked down from The Stand itself. But get this: it doesn’t actually have any toasted marshmallows inside, only one on top, and in the glass beneath it is more or less just a vanilla shake. I had suspected this at the time, but didn’t want to believe it, because no, this will not do. 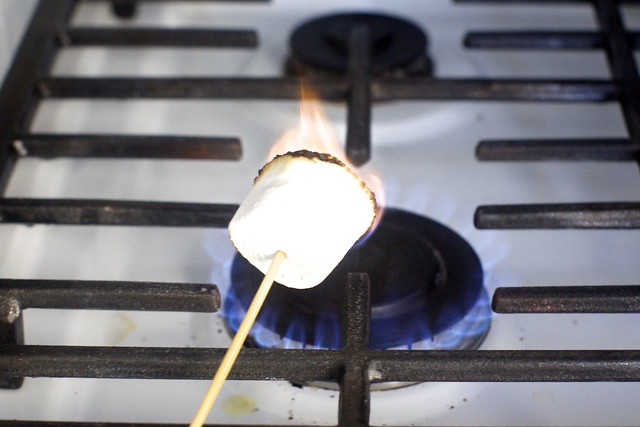 The flavor of toasted marshmallows — I like mine blackened and drooping off the stick, by the way — is everything. It’s a burnt sugar whiff of vanilla coating a stretchy white cloud. It’s summer and time spent outside and crackly campfires and I know this is getting really twee but I don’t care, I just want to stuff everything awesome about them into a frosty glass and slurp it through a straw. I hope you join me. 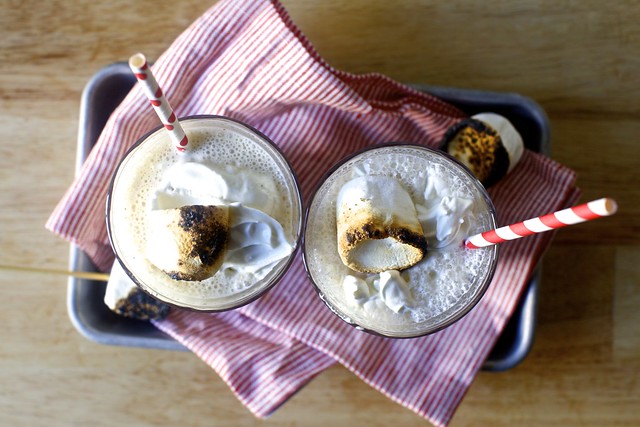 * then still a New Yorker, a fellow food blogger and not yet a freakin’ TV screenwriter (congrats!)

And for the other side of the world:
Six Months Ago: Pretzel Parker House Rolls
1.5 Years Ago: Cranberry Orange Breakfast Buns
2.5 Years Ago: Baked Pumpkin and Sour Cream Puddings
3.5 Years Ago: Spinach Salad with Warm Bacon Vinaigrette

Oof, this shake. I’m going to have to add “burnt marshmallows” to my official list of 3rd trimester cravings, I fear. This is essentially a vanilla ice cream shake, blended with the better part of a bag of charred marshamallows, plus two flavors I found enhanced the whole mess nicely: a scrape of vanilla bean seeds (though extract — ahem! — will work just fine) and a spoonful or two of sour cream, plain yogurt or crème fraîche, the tang of which will help round out the sugar spun cloud of sweetness. I was highly tempted to make two variations on this shake, a s’more shake (use chocolate ice cream, a swirl of chocolate fudge sauce and crumbled graham crackers on top) and a strawberry and toasted marshmallow shake (hull and slice 1/2 pound strawberries and macerate for 20 minutes with 1 tablespoon sugar and 1 tablespoon lemon juice; blend before adding milk and toasted marshmallows) but ended up being too obsessed with honing in on the vanilla marshmallow flavor to add any distractions. Do let us know if you try either variation — or one of your own invention! — in the comments.

Place your glasses in the freezer. Heat your broiler. Line a baking sheet with foil and coat it lightly with a nonstick spray. Set aside the number of marshmallows you’ll want for garnishes (estimate 1 to 2 per shake) and spread the rest on the tray. Broil, keeping a close watch as the marshmallows will take on color very quickly, for 1 to 2 minutes, until they’re the color you like. Don’t be afraid of a little char; it really enhances the shake. Cool the tray in the freezer for 5 minutes, until marshmallows are no longer warm, then transfer broiled marshmallows to your blender. Blend with milk until as pureed as you can get them, then pause to individually toast marshmallows for garnish over a gas flame or back under your broiler for a moment. This ensures that they’re warm when they hit the glass. Add vanilla bean or extract, ice cream and sour cream to the marshmallow mix in the blender, and blend until thick and smooth. Pour into chilled glasses, finish with a dollop of whipped cream, if using, and a warm marshmallow. Slurp through a straw; repeat again very soon.