A few weeks ago, a commenter (hi, Kate!) tipped me off to the Avocado Salad with Carrot-Ginger Dressing in Gwyneth Paltrow’s GOOP newsletter. Yes, that Gwyneth Paltrow, from Duets! She has a newsletter dedicated to “nourishing the inner aspect” which I have to be completely honest, I have no idea what that is and hope that doesn’t mean I don’t have one. I’m also not convinced that I’m full of impurities and toxins, thus I’m not really into cleanses and detoxes she discusses in this newsletter and I’m understandably suspect of borderline-starvation fasts that promise a quick shedding of holiday excess. 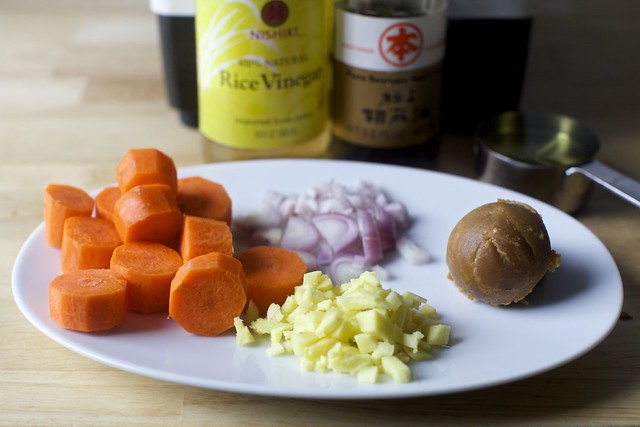 But I really love a good avocado salad. And my husband thinks that carrot-ginger dressings are pretty much the best thing ever. He always talks about one he’d get in college from a place called Around the Clock (it is now a Japanese bakery, next to St. Marks Books) and how he’d always crave it and how nobody really makes it as perfectly as they did, or nobody before I tried Paltrow’s version — “You got the recipe just right!” 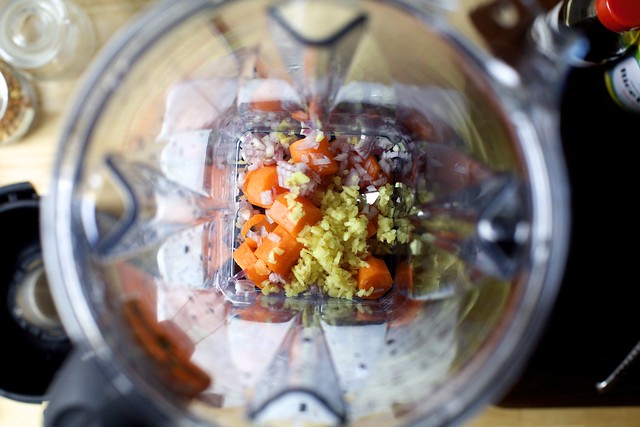 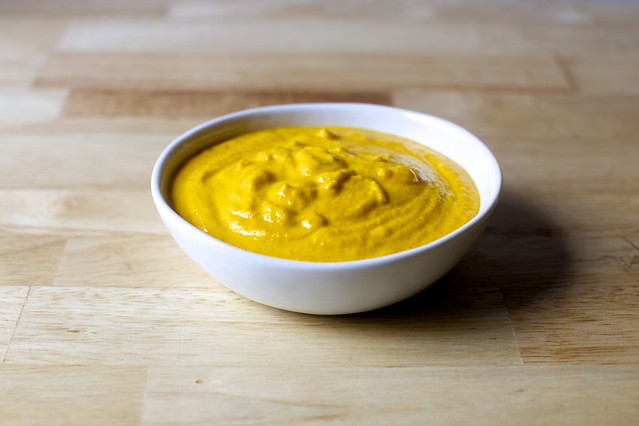 And he’s right, it is pretty awesome (thanks, Gwyneth!), and it doesn’t matter whether you’re eating it for the healthful promises within or just because it tastes really good. The sharp flavors of the raw shallot and ginger are rounded out by the toasted, nutty sesame oil and miso, mellowed by the sweet ground carrot and contrasted by the sweet, smooth avocado in the salad. We loved this. We wanted to dip everything in it, which is good, because it makes a lot (but should not be used sparingly, as you would a thinner dressing). Even Jacob wanted to get in on the action, staring so hard at us as we ate our salads that I couldn’t resist offering him a taste of the dressing. He was aghast. I’m going to assume that’s a good thing. 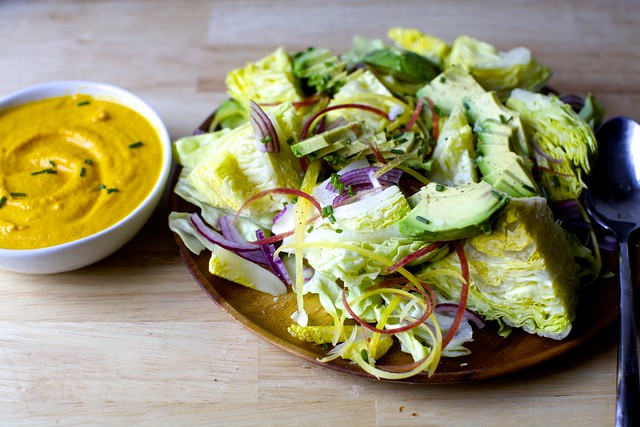 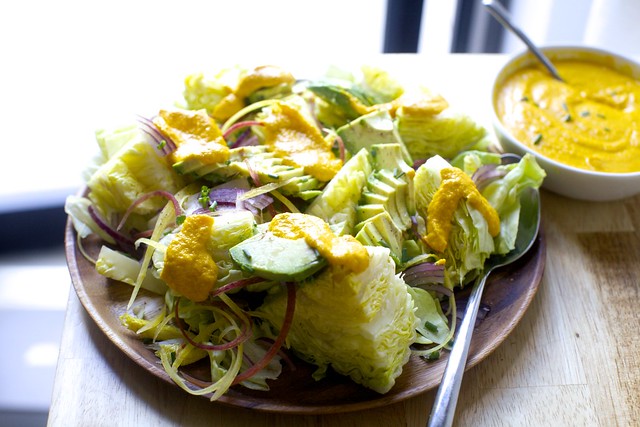 One year ago: We hang out on The Pioneer Woman’s Ranch!
Three years ago: Tequila-Lime Chicken and Green Onion Slaw

Note: This recipe was refreshed with new, less awful, photos in May 2017.

The major changes I made to the recipe were to increase the miso and sesame oil because I like it when their flavors are noticeable. This recipe has a real bite to it from the fresh ginger and the shallot. The original recipe suggested a large one, I suggest a more thimble-like small one. If you don’t want as loud of a ginger bite, use one tablespoon instead of two. This will make a lot but I like salads best with a heavy helping of this. You’ll go through it faster than you’d expect.

Make the dressing: Whiz the carrots, shallot and ginger in a blender or food processor until finely chopped. Scrape down the sides, then add the miso, vinegar and sesame oil. While the machine running, slowly drizzle in the grape seed oil and the water.

Assemble salad: Trim and chop lettuce into small wedges. Arrange on a platter. Scatter onion and avocado on top.* If you’d like, and I do, sprinkle some flaky sea salt and black pepper over the salad at this point. Dollop with plenty of dressing and serve with remaining dressing on the side.