For someone who was all “Harrumph! Cacio e Pepe Does Not Contain Cheddar Cheese.” a few weeks ago, I have some nerve telling you what I’m going to next, which is that I’m pretty smitten with an unapologetically “100% Inauthentic!”-boasting cookbook, the celebration of American-Asian cuisine that is 101 Easy Asian Recipes from the editors of Lucky Peach magazine. There are recipes for “Mall Chicken,” for Rotisserie Ramen, Dollar Dumplings, Miso Claypot Chicken (No Claypot), and then, the recipe in the dessert section that’s going to make you shut the book and never look back again, that for sliced oranges. You know, like the kind they put out at Chinatown restaurants at the end of a meal. 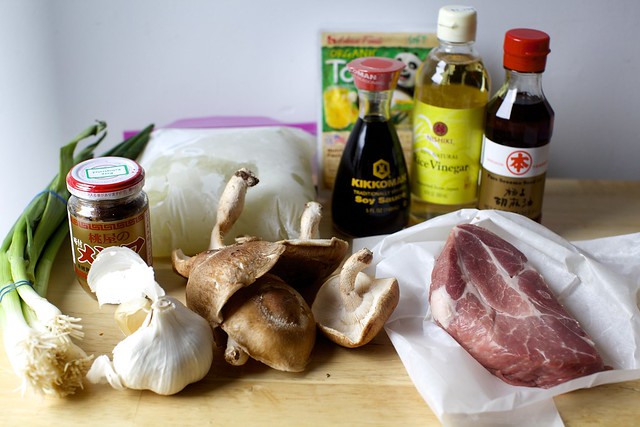 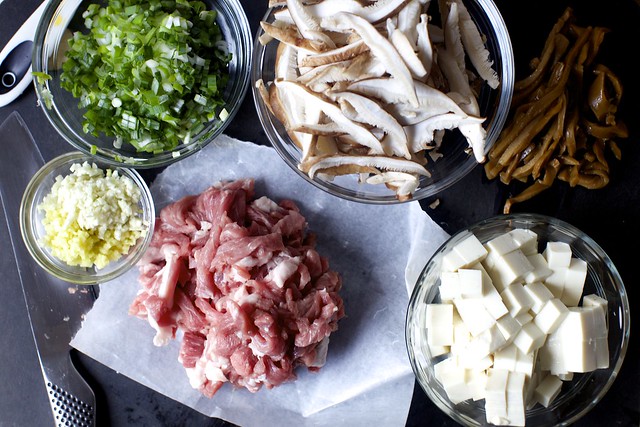 But wait, hear me out. The miso claypot chicken can be made in a rice-cooker, as in, while you are at work, ready when you get home. In fact, the rice-cooker is one of only two specialty cooking items they recommend, that and a wok, and you can make all of the dishes with neither. The rotisserie ramen makes use of not just the pickings, but the carcass of a storebought bird to make a more robust broth. The dollar dumplings, guys, they’re hilarious: “Even if your first dumpling is fugly, the fortieth will be respectable looking, and by your hundredth you’ll be muttering under your breath in Chinese, wondering when the mah-jongg game is gonna get started.” Oh, and, “Sauceless dumplings are like the crying-on-the-inside kind of clowns; they look the part but something important is missing.” The orange slices? Apparently, this is more of a thing than I thought; Joanne Chang steps in to explain that meals with company were always ended with fruit. Baked goods are for daytime meals, with tea. 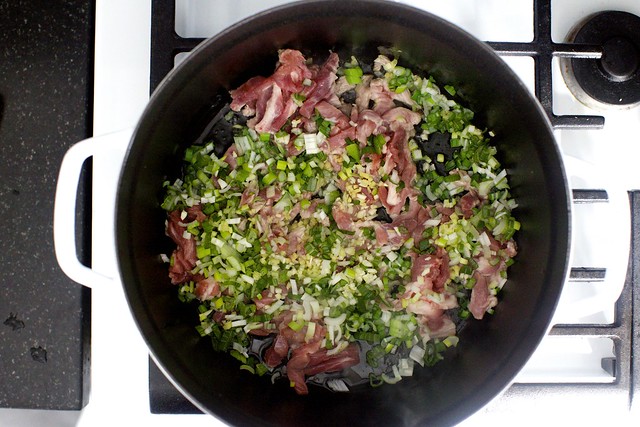 Regardless, even a cookbook dripping with irony and tongue-in-cheek descriptors is only as good as its recipes, and here is where the magic happens, as it should: I haven’t experienced or read about a flop yet. And people are actually cooking out of this cookbook because they set out when writing it with real people in mind. “We all work long hours and come home hungry to cold kitchens, or have kids to feed, or want to cook because… for whatever else you can’t control, you can put dinner on the table,” Peter Meehan writes in the introduction, where two rules were set forth: 1. No sub-recipes. 2. No frying. I almost wanted to hug this book when I read that. 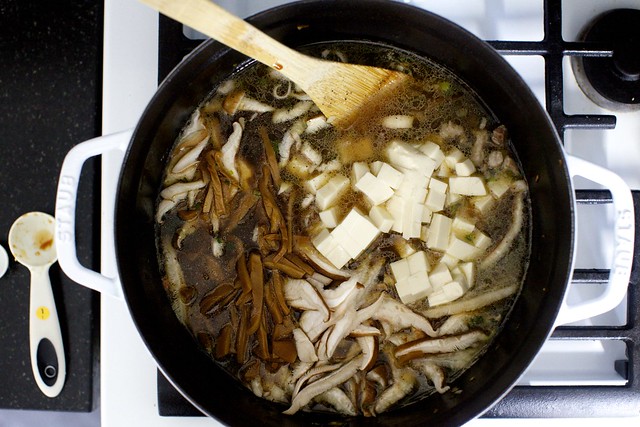 You’d think a hot-and-sour soup with no obscure ingredients that takes all of 10 minutes to cook (yes, TEN) would taste like compromise, like something “good enough” for a weekday night, but unspecial otherwise, but we instead found it to be the best we’ve had. The smartest thing I did was buy too many ingredients so we could make it again tonight. Be like me. You won’t regret it.

And for the other side of the world:
Six Months Ago: Raspberry Crushed Ice
1.5 Years Ago: Apricot Pistachio Squares
2.5 Years Ago: Strawberry Lime and Black Pepper Popsicles
3.5 Years Ago: Charred Pepper Steak Sauce
4.5 Years Ago: Sugar Plum Crepes with Ricotta and Honey

Hot and Sour Soup
From 101 Easy Asian Recipes; they were inspired by Joanne Chang’s version

I went for the hot and sour soup first because it’s my husband’s favorite, even though it previously wasn’t mine. I found the viscous consistency off-putting, and I like heat moderate, at best. Plus, the recipes I’d seen before this one too daunting, with ingredients that, sure, I could easily purchase in New York City, but would be unlikely to use particularly often after that. Not this recipe. The most “out there” ingredient is dried wood-ear mushrooms, which I intentionally dodged to sort out whether it would be just as good with fresh ones (it is). I added bamboo shoots because we like them in there, but the recipe doesn’t require it. There’s no cornstarch; only eggs thicken the liquid. Heat comes from sriracha; sour comes from rice vinegar. There’s pork in it, but I don’t see why you couldn’t make it vegetarian with a vegetable broth and extra tofu and mushrooms. Should you use pork, it calls for 1/2 pound of pork shoulder, which not all butchers will sell you. You could shave off a 1/2 pound and freeze the rest for another meal, or you could do as Joanne Chang does in her recipe, which inspired this, and use 1/2 pound ground pork instead. Pork shoulder will be much easier to cut into neat little strips if frozen or half-frozen first, although I didn’t bother.

If using dried mushrooms: Cover the mushrooms with boiling water in a small bowl, and let stand until softened, about 30 minutes. Drain and coarsely chop the mushrooms.

In a large saucepan, heat the canola oil. Add the pork, garlic, ginger and 1/2 cup scallions and cook over moderately high heat, stirring occasionally, until the pork is golden brown, about 3 minutes. Stir in the stock and add the bamboo shoots (if using), tofu, 1/3 cup of vinegar, the soy sauce, sugar, pepper, sesame oil, mushrooms and 1 tablespoon Sriracha. Bring the soup to a simmer and season with salt. While stirring constantly, drizzle in the eggs and cook until strands form, about 1 minute. Serve hot, garnished with extra scallions if desired, passing rice vinegar and Sriracha at the table.

214 comments on hot and sour soup