On New Year’s Eve, we attempted to do the reprehensible and take a 6 year-old who usually goes to bed at 7:30 and a pajama-clad infant who went to bed whenever the thought struck her to a party at a friend’s place in Brooklyn. Like, for grown-ups. (Just let me know where to collect our parenting medals.) By 9:30 p.m., all members of the Perelman clan were predictably rubbing their eyes and we headed home before the meltdowns began, got the wee ones tucked in and then made some White Russians. We haven’t been able to stop making them since. 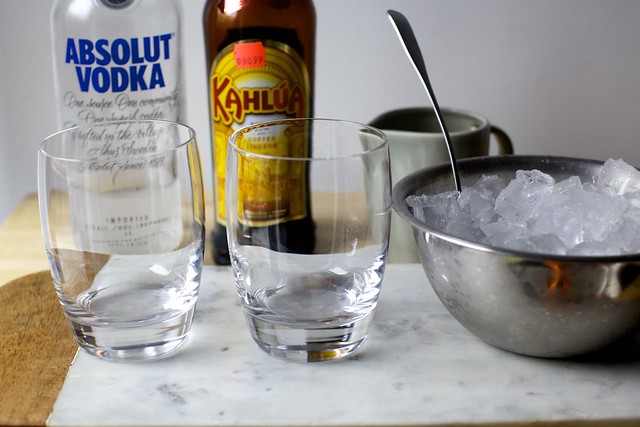 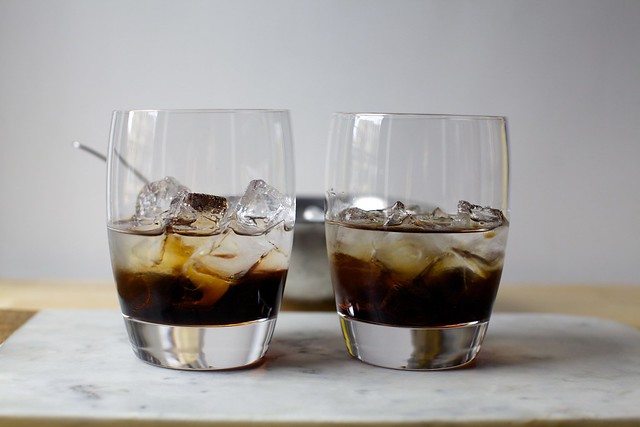 While the drink has absolutely nothing to do with being pale-skinned or Russian-born at least in an ethnic sense, thank goodness, my husband’s fondness for them amuses me no less despite this. Wikipedia tells us that the vodka (the “Russian” part) and coffee liqueur (the “black” part) cocktail known as a Black Russian emerged in 1949, and the White Russian, which includes the praise-worthy addition of cream, shortly thereafter, although there are some that date it earlier (1930s, when it contained gin as well) and some later (1961, when the black/white distinctions first appeared in the Diners’ Club Drink Book). 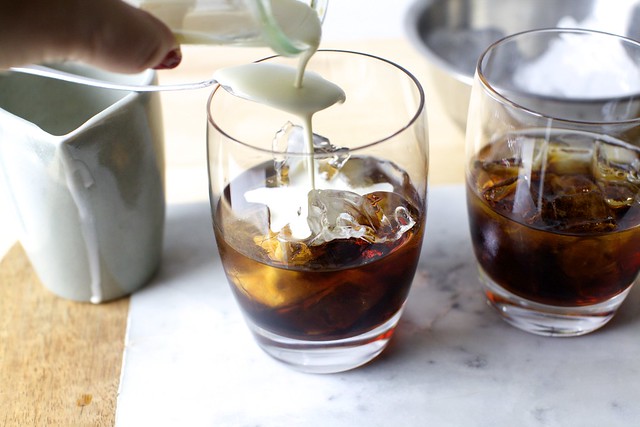 But for most of us, the drink came into our collective consciousness in 1998, when the cult Coen Brothers movie Big Lebowski — about an aging slacker who called himself “the Dude” and whose chief pursuits included bowling, not working, and drinking White Russians — caused an inadvertent White Russian revival. To wit, I had my first about 15 minutes after leaving the movie theater. I ordered it with skim milk. The bartender looked at me askance. I deserved it. 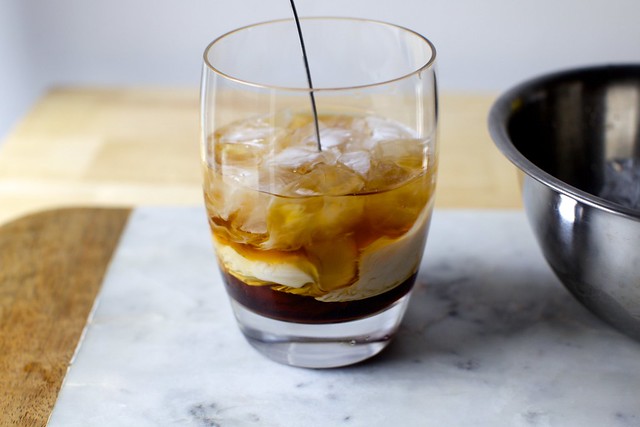 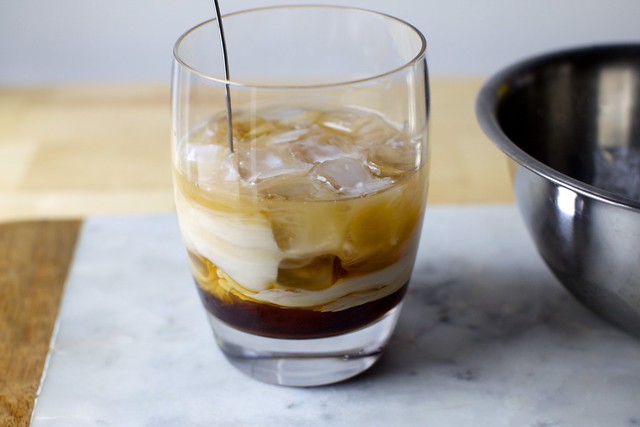 While the drink is often passed off as little more than an alcoholic milkshake, I think that makes it too easy to dismiss. There are no scoops of ice cream or plumes of whipped cream; chocolate shavings or garnishes of any sort on top would be all wrong. At its finest, it’s a drink that suggests dessert while not drowning you in it, all while packing a sneaky punch. It’s also, if you assemble it just so, stunning — a tempest of light and darkness in a rocks glass. Or an arts-and-crafts project for grown-ups. 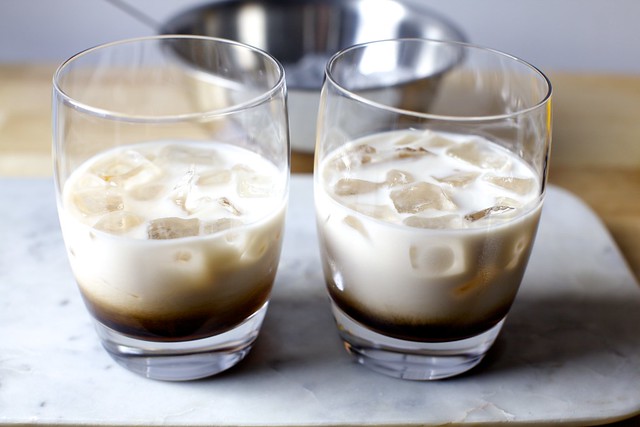 And for the other side of the world:
Six Months Ago: Frozen Hot Chocolate
1.5 Years Ago: Smoky Eggplant Dip
2.5 Years Ago: Rice-Stuffed Tomatoes
3.5 Years Ago: My Favorite Brownies
4.5 Years Ago: Hazelnut Plum Crumb Tart

I have yet to find three White Russian recipes in a row that agree on proportions. The closest thing I can find to a classic advocates 2 parts vodka, 2 parts coffee liqueur and 1 part heavy cream or 2:2:1, but I have also seen versions that are heavier on the vodka and cream (5:2:3), the liqueur (1:2:1) and/or just the cream (2:2:3). Let me be absolutely no help at all except to tell you that our favorite proportions are none of the above, but after repeated, high-stakes “testing” (goofing after the kids are sleep) in our “lab” (sofa watching Netflix), we feel this — which we call the 4:3:3 because when you cook as much as I do, even drinks are measured in tablespoons — is unquestionably the best balance. We use half-and-half instead of heavy cream; with heavy cream, 1 ounce is usually sufficient.

You can of course replace the cream with milk, cow or non-dairy. For more variations, see this list.

Fill a short — or rocks — glass with ice. Add vodka and coffee liqueur. Finish with the cream. For the layered effect, pour the cream in a very slow drizzle off the back of a spoon held over — but not touching — the surface of the drink. To swirl it prettily, insert a stirrer along the inner wall of the glass only as a deep as the cream and move it around in a slow circle.