“Wait, like the green bushy things that grow in the ground?”
“No, it’s a drink.”
“A leafy drink?”
“No, it’s actually just three ingredients — fruit, sugar, and vinegar…”
“Wait, you drink vinegar? Why would you drink vinegar?”
“Well, we love sour things like lemon and lime in drinks, they complement sweet flavors…”
“So there’s booze in this?”
“… Sometimes. Sometimes it’s just a soda.”
“Well, that sounds nice.”

[Note: They are being polite.] 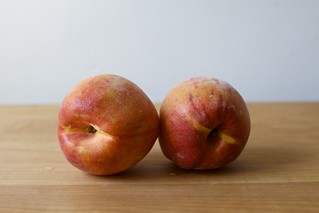 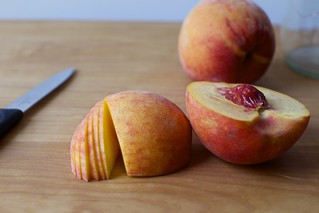 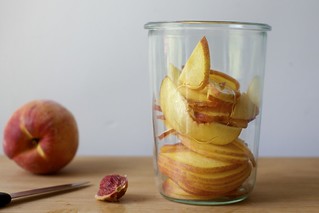 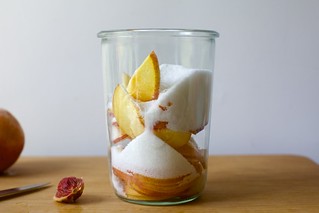 Vinegar — basically what grapes turn into once they age past wine, see my fridge door at any time for an example — has been around since ancient times, as has the concept of drinking vinegars. Vinegar was used to sterilize unclean water, and was consumed in biblical times when wine was forbidden. Later in England, it was used to preserve fruit and Colonial Americans took the technique over with them. Pouring some of vinegar off the fruit and mixing it with things like soda, wine, or booze makes for some delicious drinks, far more complex than your average lemonade. But please don’t mistake me for an expert on shrubs, however; everything I know I learned from this fantastic book. 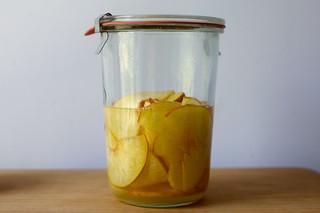 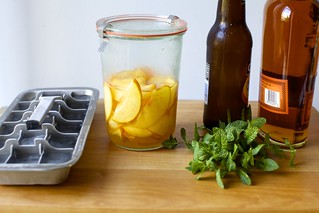 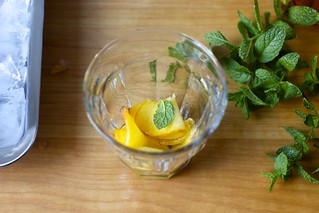 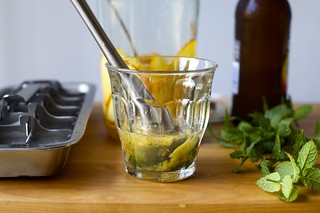 [If you like to make connections, the author, Michael Dietsch, is the husband of Jennifer Hess, whose tomato and provolone sandwiches got me back into the kitchen when I thought I’d never cook again after our second kid, and would be so good tonight, don’t you think?] 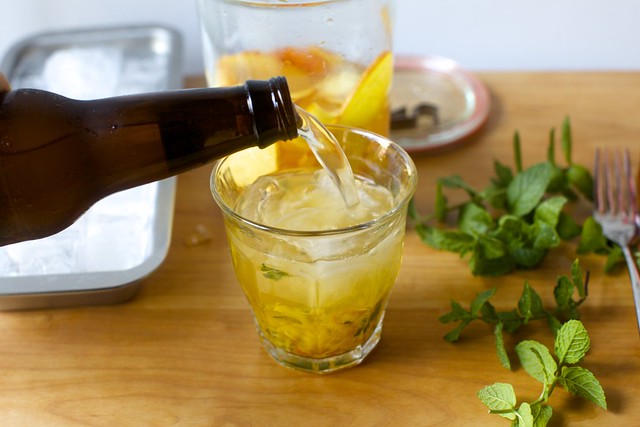 This drink isn’t really a true shrub, however, although it toys with the idea. It’s more of a Starter Shrub or a Shrub Lite, and I made it last summer as a way to make good use of the peaches I couldn’t resist that the market that would go soft after a day. Thinly sliced and macerating them with sugar and the tiniest bit of apple cider vinegar (instead of the lemon or lime I’d usually use) overnight (or at least a few hours) turned them into something complex and unforgettably delicious. From there — inspired by a delicious drink I’d had when staying at this charming B&B while I was in town for this wedding — I muddled them in the bottom of a glass with some mint and poured some bourbon and ginger beer [a non-alcoholic drink] over them and it was one of the most delicious cocktails I’ve ever had. 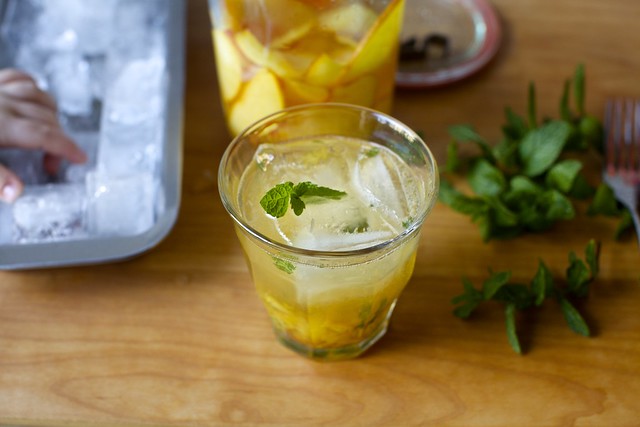 It’s been torture to wait this long before telling you about it, especially because many of the photos include my daughter stealing ice cubes in the background, cracking me up — we went on vacation the next week and when we came back, peach season was over and I didn’t want to torment you with something so much better with good peaches. Let’s make them every weekend for the rest of the summer to make up for lost time, okay? 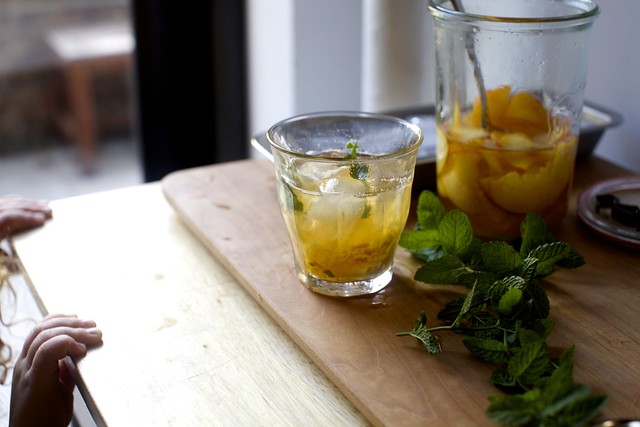 This recipe, like most cocktails, is very adjustable to your tastes; use more mint or bourbon or ginger beer, or less of everything, make it the way you like it. You could use more soda or ginger beer (which is almost always nonalcoholic, but do check) instead of bourbon to make it alcohol-free. But don’t miss it.

For the fruit: Place peach slices in a jar, cover with sugar, water, 1 tablespoon vinegar (if you’re a shrub newbie or nervous) and up to 2 tablespoons (if you’re more confident you’ll like the flavor, or are looking at a longer steeping time), and a pinch of salt. Place lid on jar, give it a swish/shake until mixed and let chill in fridge for 3 hours, overnight, or up to 1 week.

To make a cocktail: Use a fork to remove a few macerated peach slices from syrup and place in the bottom of a glass (ours are 8.75 ounces) with a few mint leaves. Muddle them together, smashing them into smaller pieces. Add syrup from peaches and bourbon and stir. Add ice cubes and finish with seltzer or ginger beer.