As one does, I first spied a Twinkie Bundt on Pinterest a few weeks ago and immediately became consumed with making my own primarily because it’s spectacularly fun to say and also call someone, maybe or maybe not as a compliment. [As you can infer, we really like to flex our maturity at the Smitten Kitchen.] The recipe turned out to hail from the talented food blogger and cookbook author Shauna Sever‘s book, Pure Vanilla, but as I am stubborn, I wanted to go in my own direction with it as I have a buttermilk bundt I’m rather fond of and a simple marshmallow frosting that we could use instead of the jarred marshmallow filling suggested. 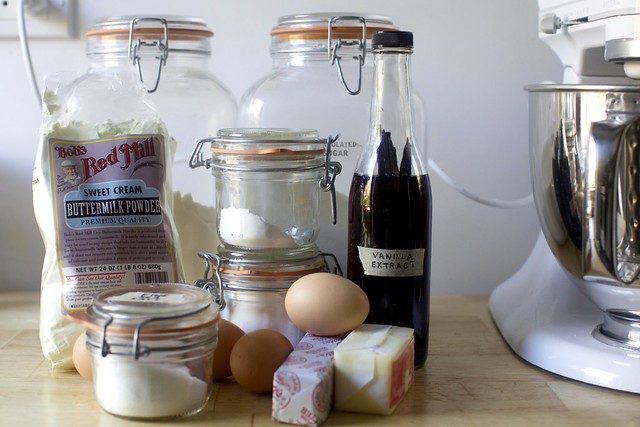 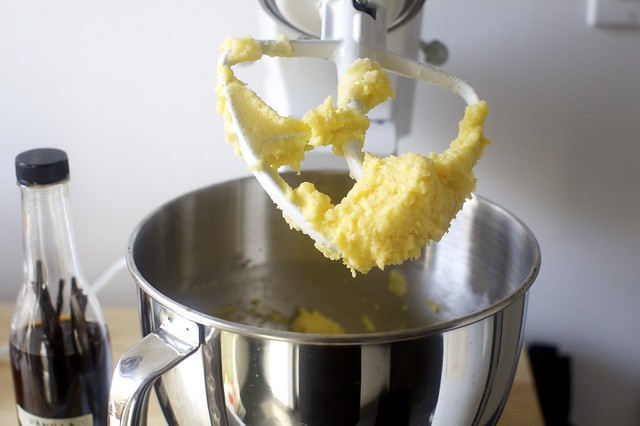 If only things were this simple! My first step was to find a Twinkie, yes, the snack cake with a reputation for having an indefinite shelf life and I’ve decided that economists need to start something of a Twinkie Index, which measures how fancy your neighborhood has gotten and how hopeless your chances are of ever buying real estate by the presence or absence of this one-time snack aisle staple. I couldn’t find a one, i.e. we are doomed. I went to four bodegas, two drugstores (because in America you buy your candy at pharmacies!) and two grocery stores and found nada. I had to have one ported in from a different part of the city and did you know they contain beef tallow? I digress, I promise this isn’t going to be one of those sanctimonious rants about how gross packaged food is; this isn’t that kind of website and if eating a Twinkie once a decade makes you happy, so be it. This was more of a reminder that some labels are better not read. 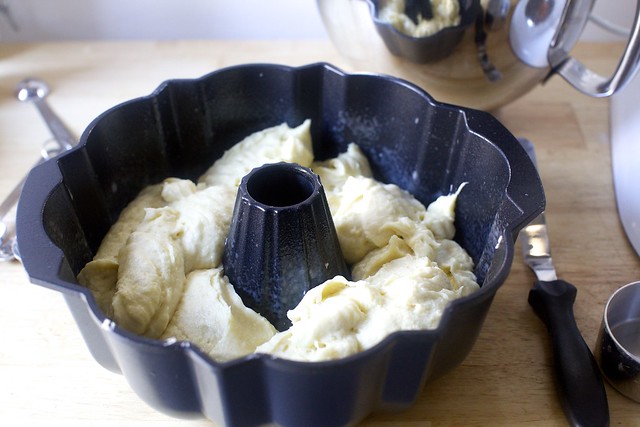 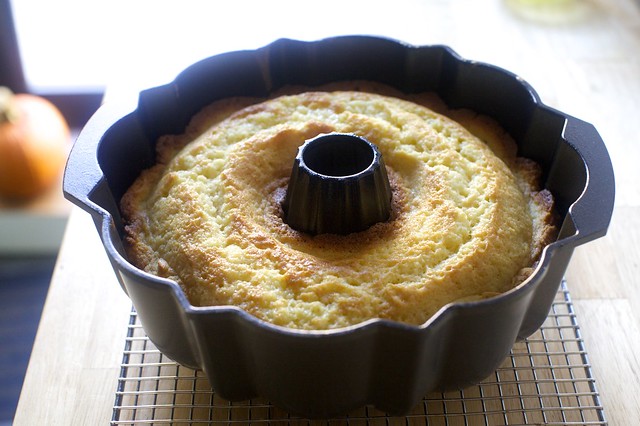 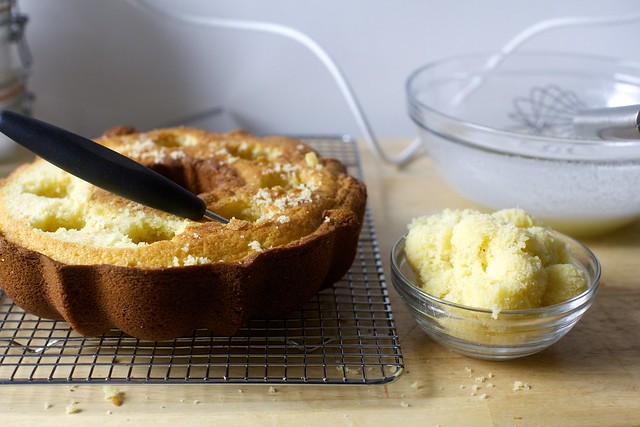 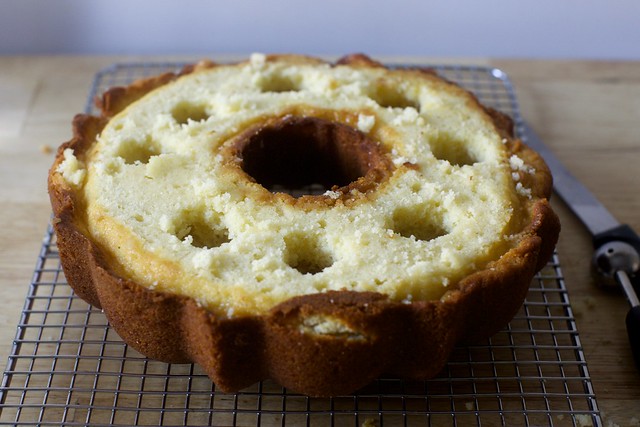 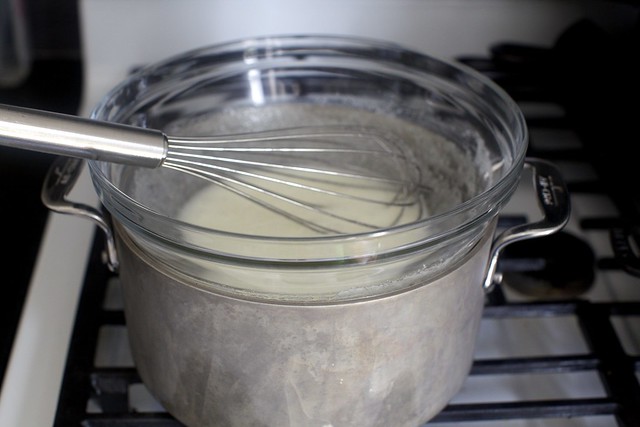 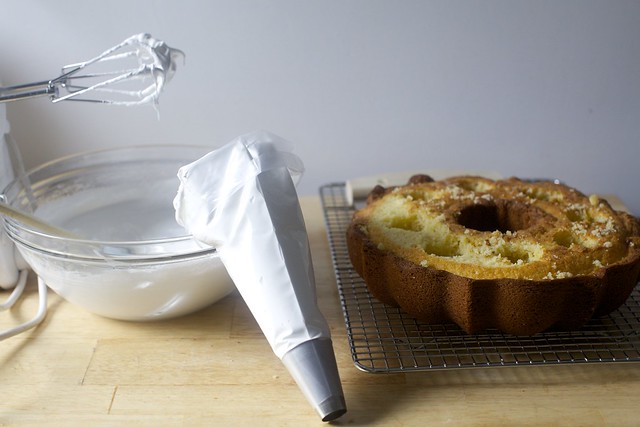 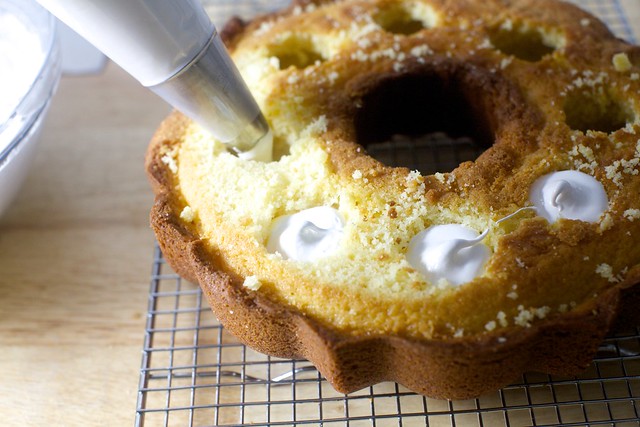 So, Twinkie “investigated” and disposed of (or not; I admit nothing/regret everything) I concluded that my plans were on the right path and from there, everything went south. I could not get the filling as thick as I wanted it. Each time I sliced into the cake, loose marshmallow would spill out — yuck, right? Apparently, not. Apparently, I am much more bothered by this than anyone else that tried it or spied a photo of it on Instagram last night and so I’m going to do something I almost never do; I’m going to publish a recipe with a warning: this will not be exactly like a Twinkie! Arguably, this is the whole point and for the best, but should this bother you (don’t worry, you’re among friends), I’m going to include a few directions you might go in instead/paths I might have gone down if the chaos of real life right now didn’t force me to collect my chips and move onto other responsibilities. [Just kidding, we know all I really do all day is devour this bundle of frosting and light.] 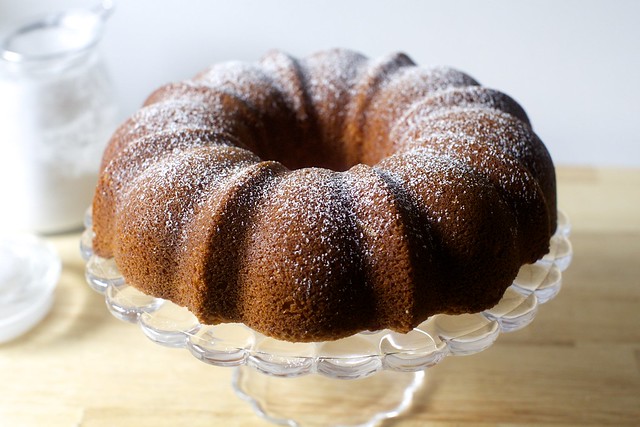 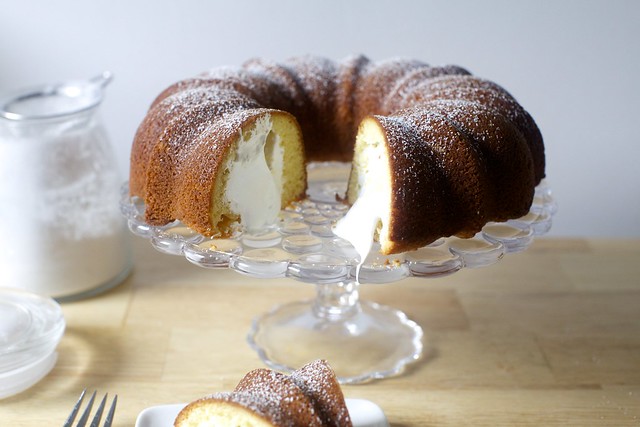 And for the other side of the world:
Six Months Ago: Potato Scallion and Kale Cakes
1.5 Years Ago: Avocado Cup Salads, Two Ways
2.5 Years Ago: Ramp Pizza
3.5 Years Ago: Classic Ice Cream Sandwiches
4.5 Years Ago: Crispy Potato Roast

Twinkie Bundt
Inspired by, but not the recipe from, Pure Vanilla

Heat your oven to 350°F. Generously grease a 10-cup Bundt pan, either with butter or a nonstick spray; I like to use a butter-flour spray and go over the pan twice. Bundts are sticky! Fortuntely, this cake is not.

In a large bowl, cream butter and sugar together until light and fluffy. Beat in eggs, one at a time, scraping down bowl between each, and then yolks. Add vanilla. Sprinkle batter with salt and baking powder and mix briefly to combine. Add about 1/3 of flour, mix to combine, then half of buttermilk, mixing again just to combine, repeating with next 1/3 of flour, remaining buttermilk then remaining flour.

Dollop batter into prepared pan and spread so that the top is smooth. Bake in heated oven for 40 to 45 minutes, or until toothpick inserted into cake comes out batter-free. Let cool in pan on wire rack for 10 minutes, then invert onto rack and let cool absolutely completely. You can hasten this along in the fridge; it will take about 45 minutes.

When cake is completely and totally cool, invert it again. If your cake had domed quite a bit in the oven, you can use a serrated knife to level it a little. Then, using a melon baller (my first choice), small spoon or paring knife, scoop out several mounds of cake through the underside, being sure not to cut through top or sides of cake. If using a traditional bundt shape (as I show), I used the larger bloops in the pattern (there are 8) for mine. What happens to the cake bellies you scoop out is between you and your gods.

Combine egg whites, sugar and cream of tartar in a heatproof bowl and place this over a pot of gently simmering water. Whisk constantly until sugar dissolves and whites are lukewarm to touch, about 3 minutes. Remove bowl from simmering water and use an electric mixer to beat with a whisk attachment on low speed, gradually increasing to high, until stiff, glossy peaks form, about 4 to 7 minutes. Add vanilla and mix to combine.

Scoop filling into a large piping bag fitted with a large, round tip or plastic bag with the corner cut off and fill the indentations of the cake. Center your cake platter over the cake and invert your filled cake back onto it. If desired, dust lightly with powdered sugar before serving.

This cake keeps at room temperature for up to 3 days. I keep mine under a cake dome.

* A few ways to approach the filling: