[Note: This recipe got fresh photos in 2018. It’s still as ugly as it is delicious.]

This is the ugliest, best thing I have ever made with three ingredients and the happy ending to three weeks of obsessing. And here you probably just thought it looked like an accident, didn’t you? 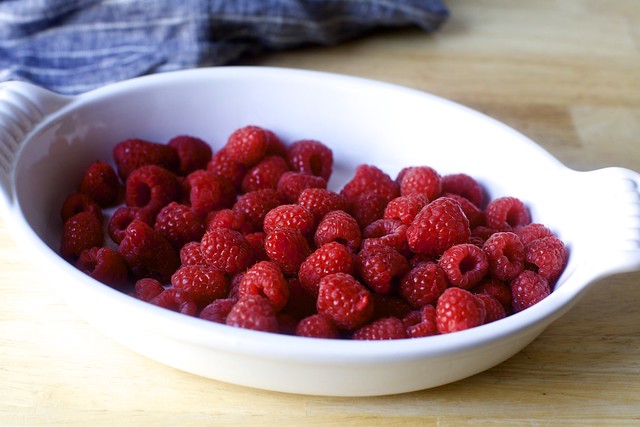 This plan hatched last month when Regina Schrambling declared on Epicurious’ Epi-Log that one of the best ways to eat summer berries is to “just add fat” to them. Well, she didn’t have to ask me twice! Buried near the end of the post, however, is the real gem, a summary of a recipe from New American Classics by Jeremiah Tower (I thought his hair looked familiar…) in which berries, sour cream and dark brown sugar are broiled together in a shallow dish to create something he calls a “Russian Gratin.” 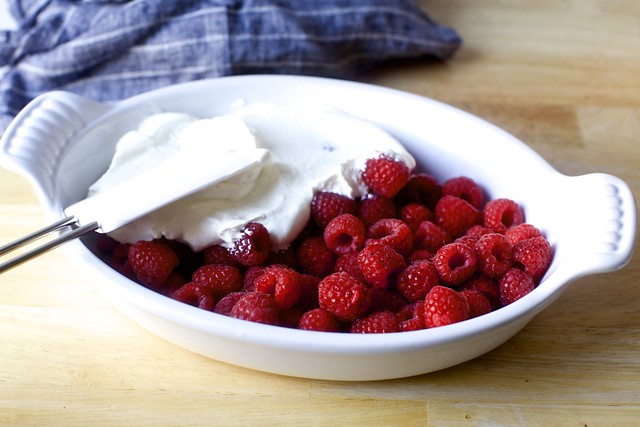 I have thought about nothing since. No, I am not being melodramatic, just ask my poor husband, who I informed that, being Russian, it was his destiny to love this. I became single-minded in my plight to make this happen but even that was a challenge that shouldn’t have been a challenge. First, I was saddened to learn that the book was out of print; I ordered it used but decided I couldn’t wait until it arrived: I had to make it now now now! Still, it took three trips to the Greenmarket to find raspberries without mold on them. (I prefer them to wait to show signs of rot until five minutes after I get home.) And then, I conveniently forgot one small but pretty salient detail: me and the broiler don’t get along. Chalk it up to the cheapest oven a landlord can get away with buying, but every time I put something under it, the pilot light goes out a minute later. (Oh, delicious gassy brûlée!) I tried to finish it off with a blowtorch, which immediately set the brown sugar on fire (Mm, gassy and smoky!) and then finally I determined that it was as good as it was going to get. 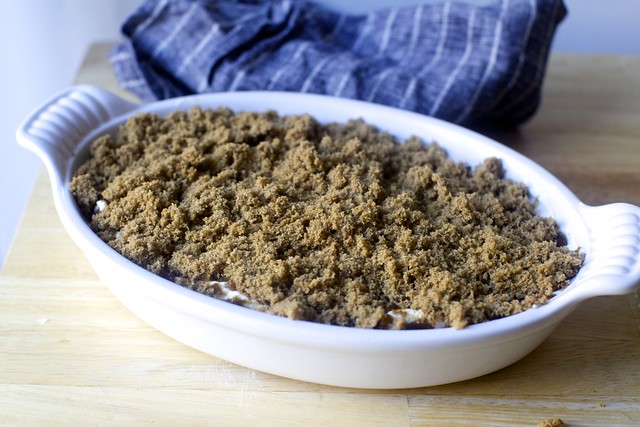 “As good as it was going to get” does not do this dish justice, people. This is crusty, charred, half-cooked heaven in a gratin dish. I’ve never had anything like it but I’m pretty sure that until the end of time, when I have five minutes to throw together a dessert (or possibly even longer, because I’m forgetting any compelling reason to make something else), this is what it will be. Sure, I might deck it out with crème fraîche instead of sour cream, maybe I’ll use different berries or one day have a broiler than actually broils things, but I can assure you that even half-burnt, partially cooked with store-bought inorganic sour cream and berries halfway to the compost bin, this is the best thing to come out of my kitchen and into my belly in weeks. 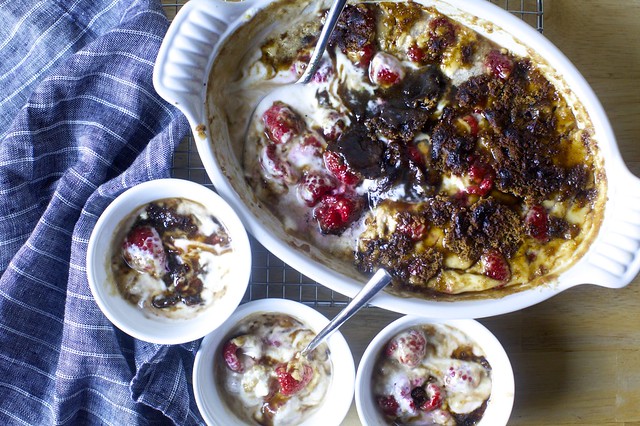 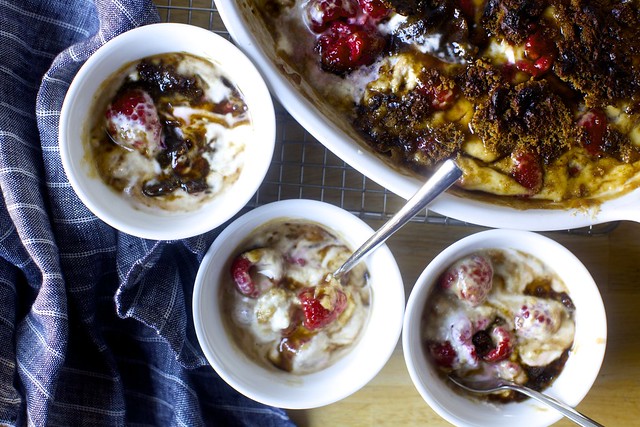 One year ago: Peach and Crème Fraîche Pie and Asparagus with Chorizo and Croutons
Two years ago: Radishes and Sugar Snaps with Dill
Three years ago: Red Pepper Soup

There are a lot of ways you can play around with this — flavoring the sour cream with lemon, vanilla, cinnamon or almond; using a mix of berries, etc. — but it is flawless the way it is. Want to fancy it up for fancy people? Make it in individual ramekins or tiny gratin dishes.

[Updated to add] Ooh, I just had an idea — Swap thick, full-fat Greek-style yogurt swapped for sour cream and serve it at a brunch to what I have to imagine would be a round of applause. Or at least I’d applaud.

Preheat broiler. Gently fold raspberries and sour cream together in a shallow 1-quart dish. Press the brown sugar through a sieve or mesh colander so that it sprinkles evenly over the dish. (I tried using a sifter; don’t bother, it doesn’t work.) Run the dish under the broiler until the sugar just starts to caramelize. Eat at once.

Keeping: The leftovers might look like something died in your fridge but I can assure you, are equally delicious.