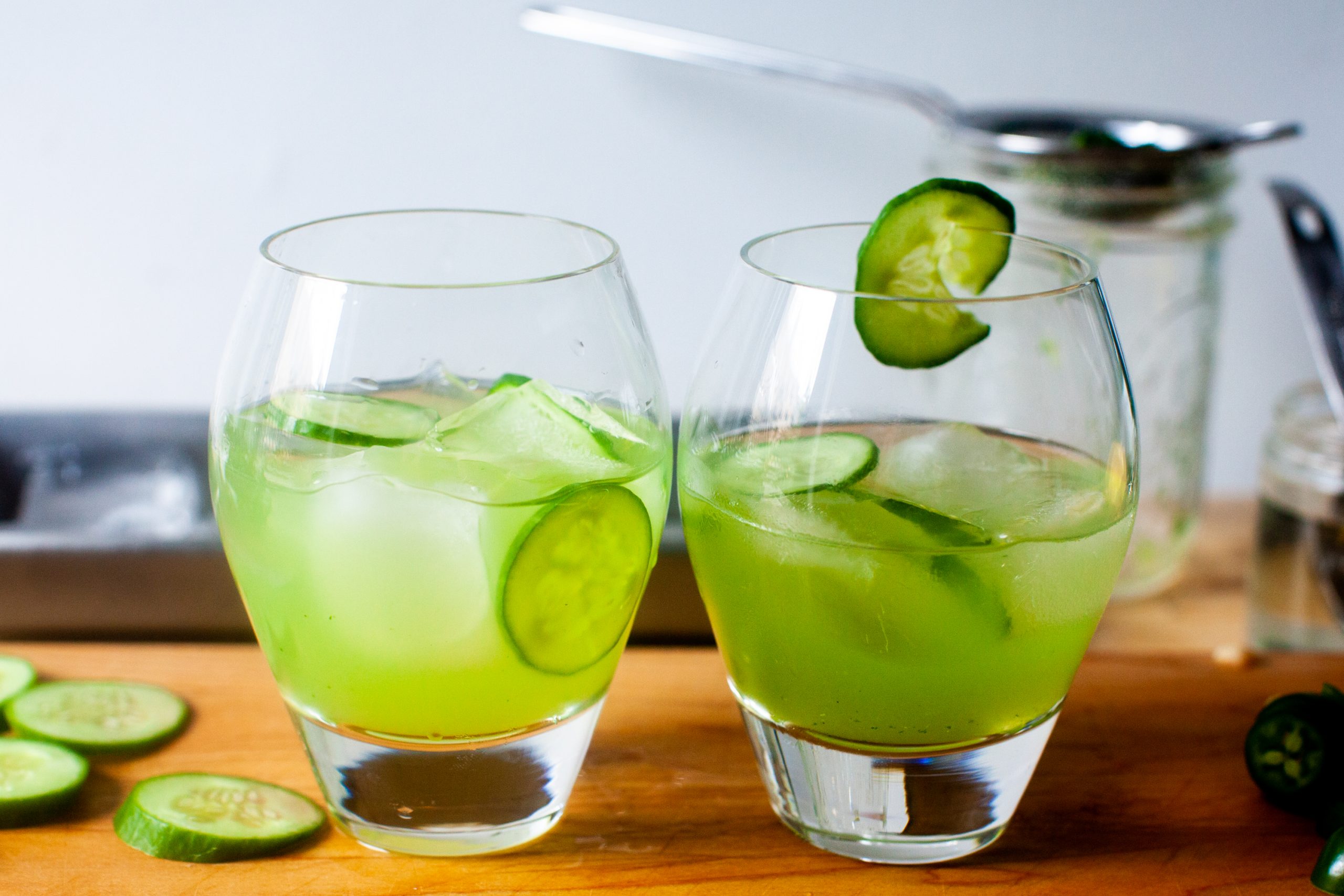 Recipes
If you go way back in the land of Smitten Kitchen, you might know that one of my favorite restaurants of all time was called Tabla, specifically the more casual, heavier on the small plates, downstairs space called the Bread Bar. In my early years in New York, I went there as often as I could scrape the change together. I’m pretty sure we ate there for my 25th birthday. Alex met my parents there for the first time. We even put the (now discontinued) wine glasses on our wedding registry. I obsessed over every dish and can reel off the names of several just from memory — saag paneer pizza, potato apple chaat, black pepper shrimp, boondi raita, aloo kulcha, and the mango kulfi pops. The cocktails were also exceptional; Alex loved the Masala Mary, and I loved the Tamarind Margarita and the Kachumber Cooler; we drank them standing up, because it was always crowded, and snacked on my desert island favorite, the bar popcorn with ghee and chat masala, although we’d also never say no to the chickpea-battered onion rings with a spicy masala ketchup.

After Tabla closed in 2009, we went out to eat everywhere the chef, Floyd Cardoz, cooked next — North End Grill, Paowalla, later called Bombay Bread Bar, where he rekindled the menu with many Tabla favorites, much to our delight. It closed a little under a year ago, and I was impatiently waiting to hear what he’d be up to next when a friend texted early one morning in March that he had died of complications relating to Covid-19. He was only 59.

END_OF_DOCUMENT_TOKEN_TO_BE_REPLACED 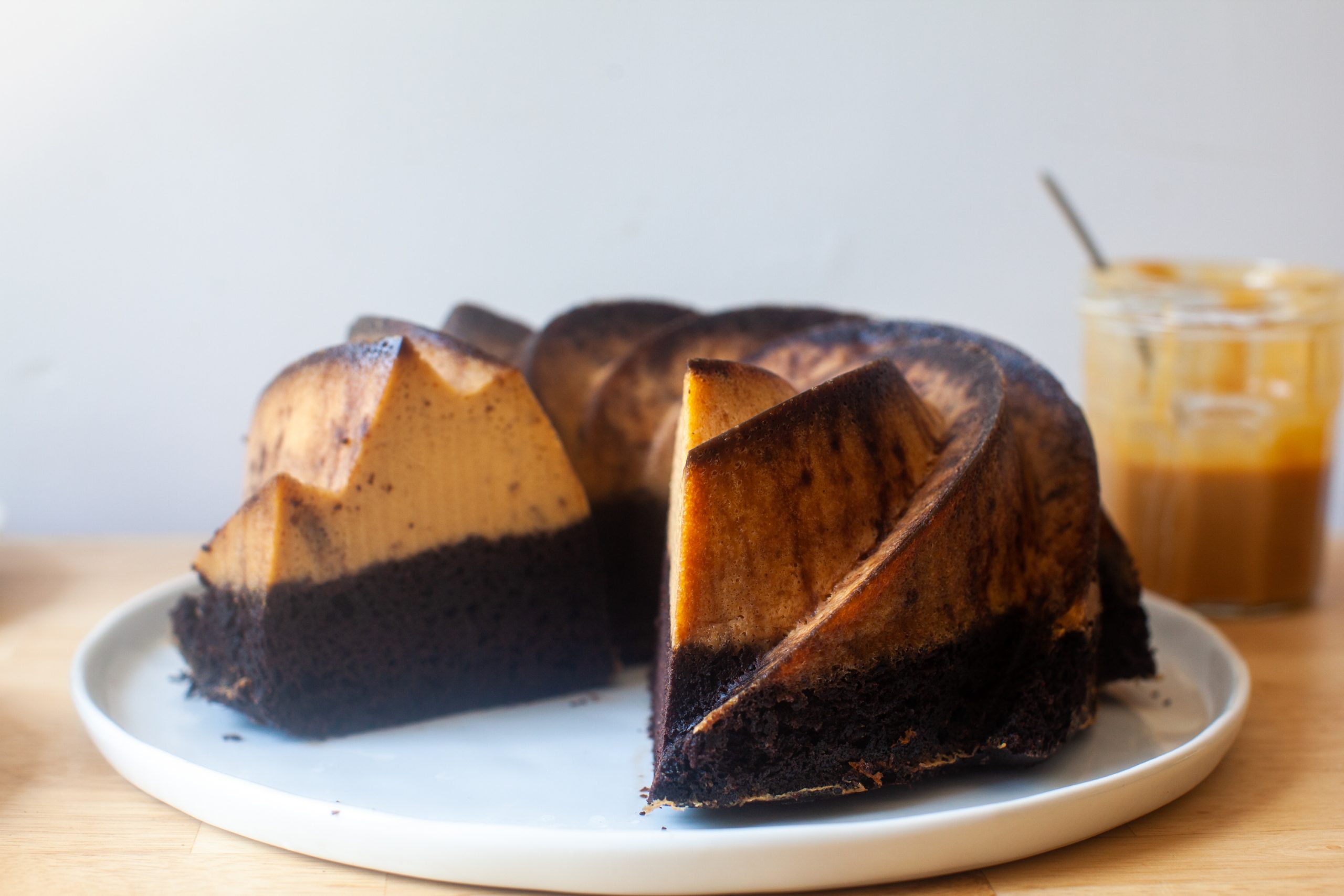 Recipes
If you spend any time on Pinterest or Instagram food searches, and who that hangs out here does not, I bet at least once in the last couple years, your Explore tab led you to the photogenic, decadent world of chocoflans. If not, let this post fix your suggestions right now. Chocoflans, sometimes called impossible flan (pastel imposible), are one part flan (a sweetened egg custard with caramel or dulce de leche) and one part plush chocolate cake. They’re considered a bit magical, not only because they combine two of the most wonderful desserts in the world, but because of what happens in the oven. Even though it goes into the oven with the cake batter in first and the flan in second, as it bakes, the batters flip. Once you invert it out of the baking pan, you end up with the flan on top and the cake underneath. I’ve read that this is because the cake, as it rises in the oven, becomes lighter than the flan layer, so the flan sinks and I, a non-scientist, based on little more than liking the sound of it, have concluded that it makes total sense.

END_OF_DOCUMENT_TOKEN_TO_BE_REPLACED 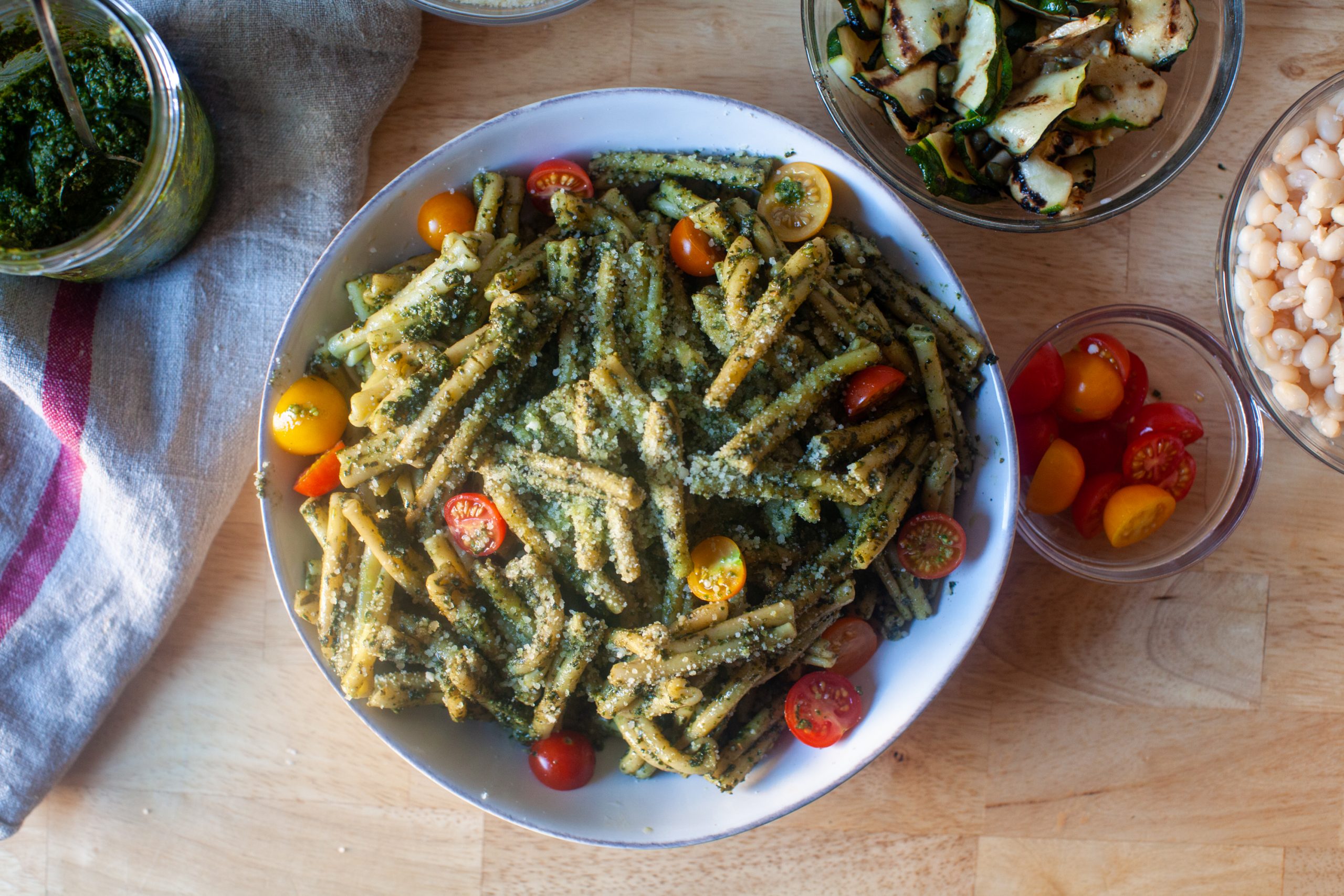 Recipes
Welcome to the point of the summer when I don’t remember why I chose a career in cooking when I only want to eat about five things — tomatoes, melon, iced coffee and/or drinks, and popsicles — until the heat and humidity recede. The fifth, pasta with homemade basil pesto, is a craving that arrives like clockwork every July. It usually comes with very specific instructions, a list of everything I think tastes good with, near, or stirred into pesto pasta, things like white beans, grilled and marinated zucchini, halved cherry tomatoes, and bocconcini (or tinier!) mozzarella. And that’s it, that’s my whole menu for the rest of July. I’ll come back when I’m interesting again, okay?

END_OF_DOCUMENT_TOKEN_TO_BE_REPLACED 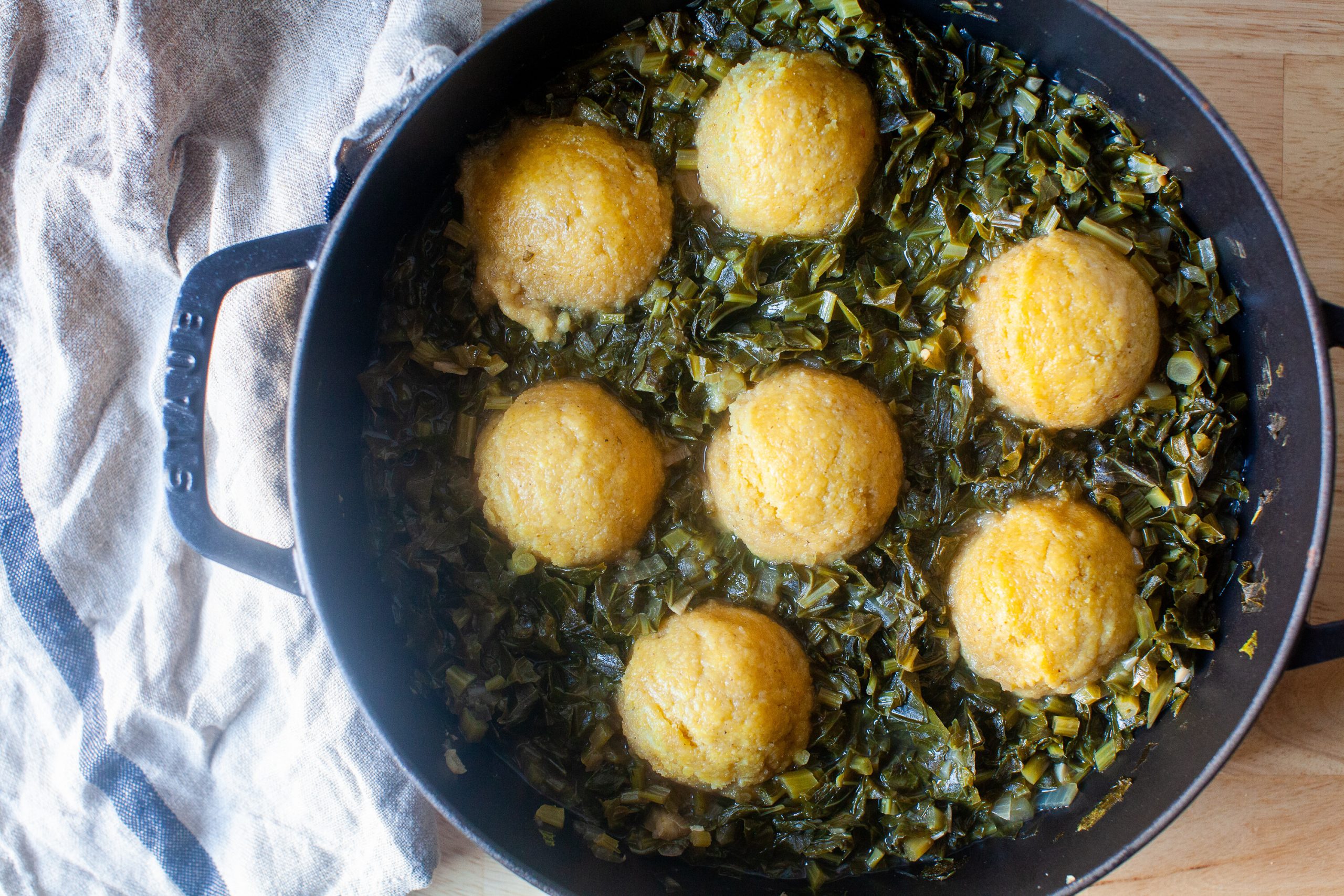 Recipes
One of my favorite cookbook purchases of the last year is Toni Tipton-Martin‘s Jubilee: Recipes from Two Centuries of African American Cooking. It’s one of those incredible books that even from the pages of the introduction quietly but irrevocably pivots some of the ways you think about food. Tipton-Martin talks about growing up in the Black Beverly Hills of Los Angeles, one of several communities in the U.S. that she says are rarely discussed in the media, “an omission of black middle and upper classes that serves to stereotype African Americans as poor, uneducated, and possibly dangerous.” Growing up, she had a diverse culinary upbringing, with her mother’s homegrown fruits and vegetables at the center, but she found that culinary heritage, and the larger story of the African American food that encompasses the middle class and well-to-do “was lost in a world that confined the black experience to poverty, survival, and soul food.” She found it frustrating. With this book, she hoped to tell a multifaceted story of African American food that includes, but also looks beyond, what people call Southern and soul.
END_OF_DOCUMENT_TOKEN_TO_BE_REPLACED 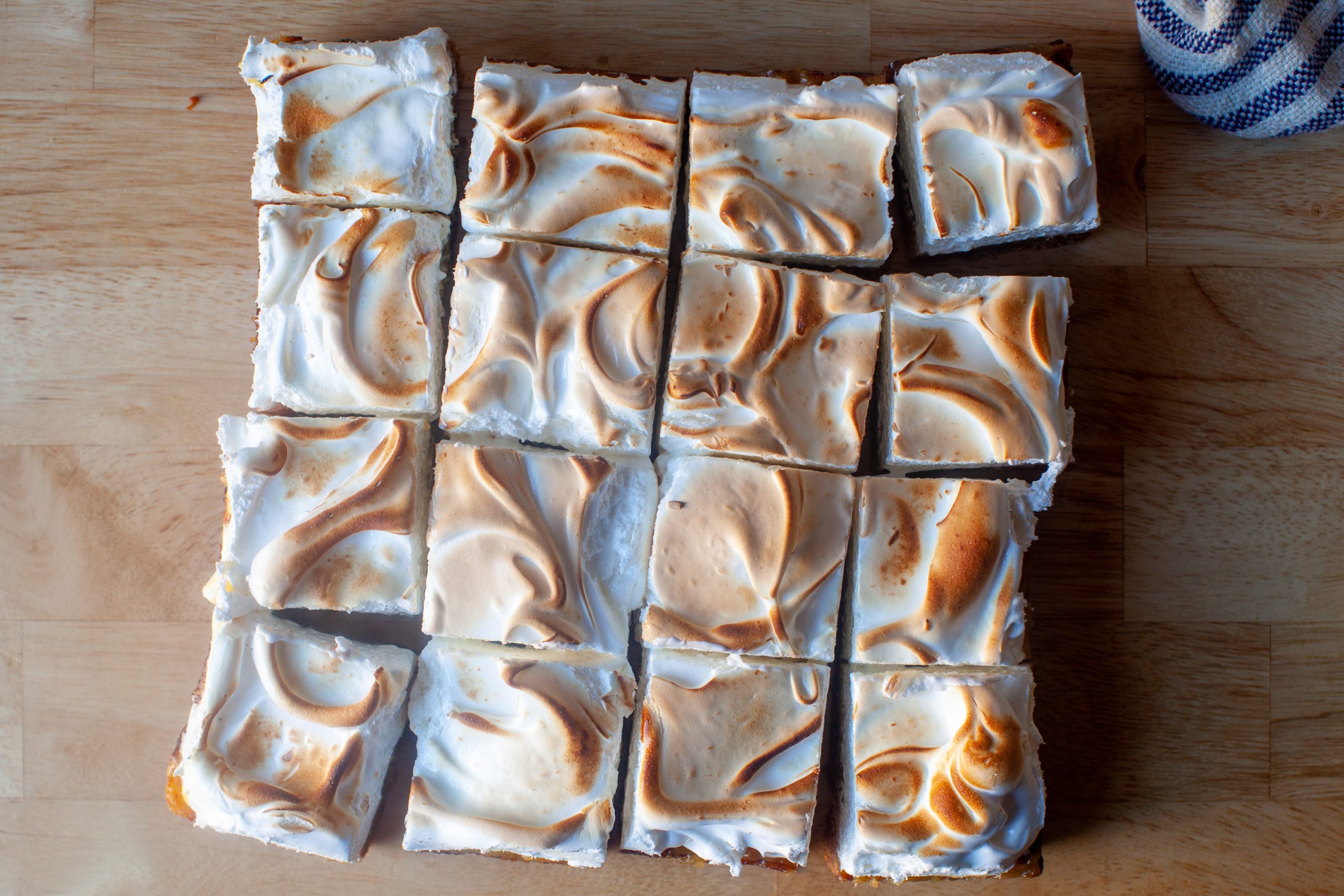 Recipes
I’ve apparently been wanting to make lemon meringue pie bars for at least eight years, as per my decade-plus log of everything I want to cook. Three different times I’ve tried to draft a recipe but I always got stuck on how much was involved, both in three separate cooking processes and eggs, just so many eggs. Whole eggs in the lemon portion, egg whites for the topping… it just felt like a lot, if not a dealbreaker, enough reason for me to pause on the idea until I had a more efficient way to approach it.

END_OF_DOCUMENT_TOKEN_TO_BE_REPLACED 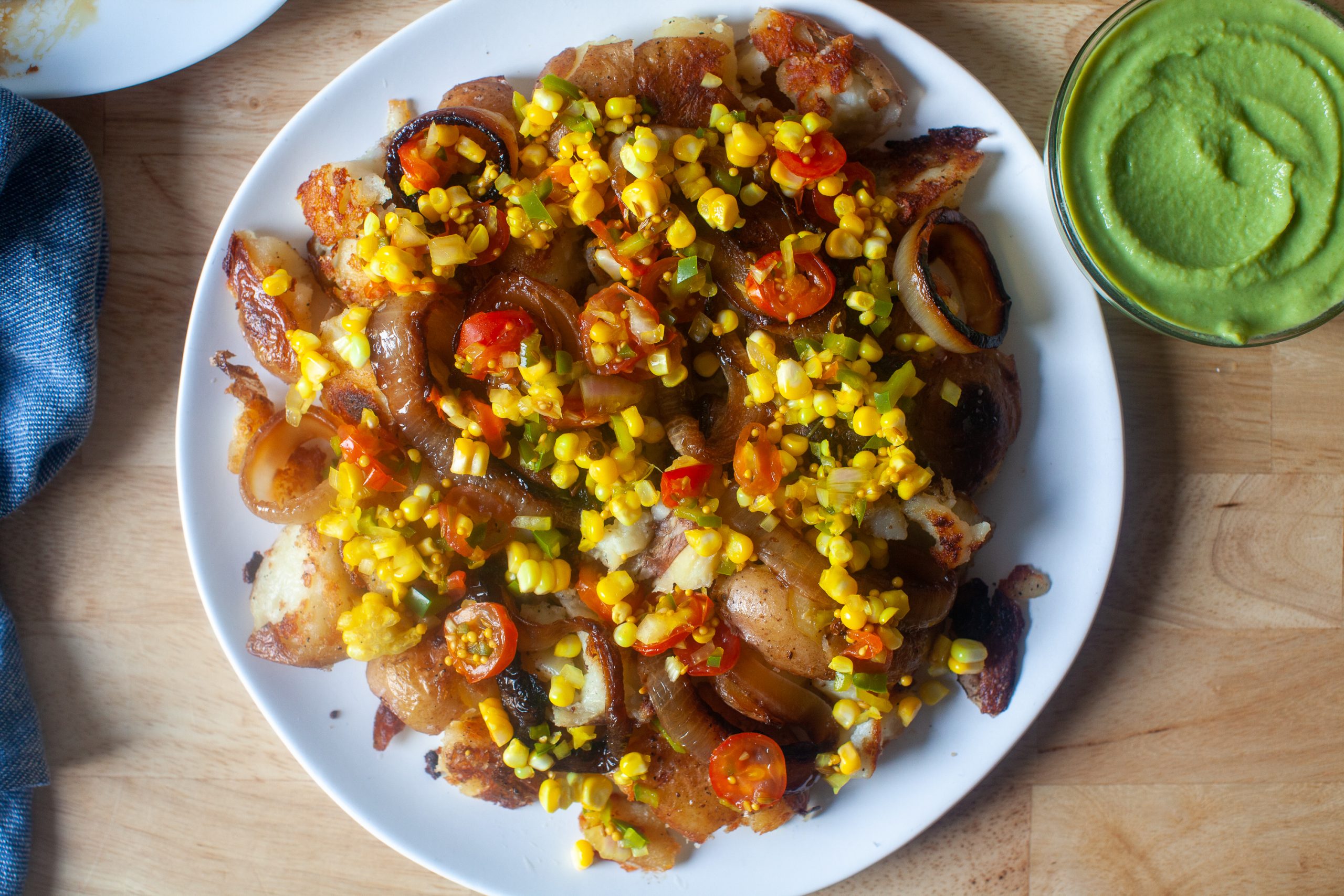 Recipes
One of the reasons it’s been relatively quiet here is because as meaningful (okay I’m being sarcastic) as it was when a shampoo brand I ordered from five years ago sent me an email last week about their support of the Black Lives Matter movement, I’m wary of using my platform in a way that places more value on the performance of allyship than the practice of it. If you’re concerned about what my values are, I spoke about them in greater detail in last week’s newsletter. It would ring hollow to pivot away from what I love the most in June — grilled vegetables, summer salads, icy drinks, and birthday cake — for a detailed look at, say, bail funds only to pivot back two days later because I wanted to make lemon bars. But it would have been disingenuous to feign interest in berry shortcakes as usual while my head was everywhere else. So, I’ve been taking some time offline to process, learn, plan, and parent, until I could find a way to move forward in a way that feels authentic to my values and where I’m at, and to what this site has always been, a place where I hope you’ll find your new favorite thing to cook.

END_OF_DOCUMENT_TOKEN_TO_BE_REPLACED 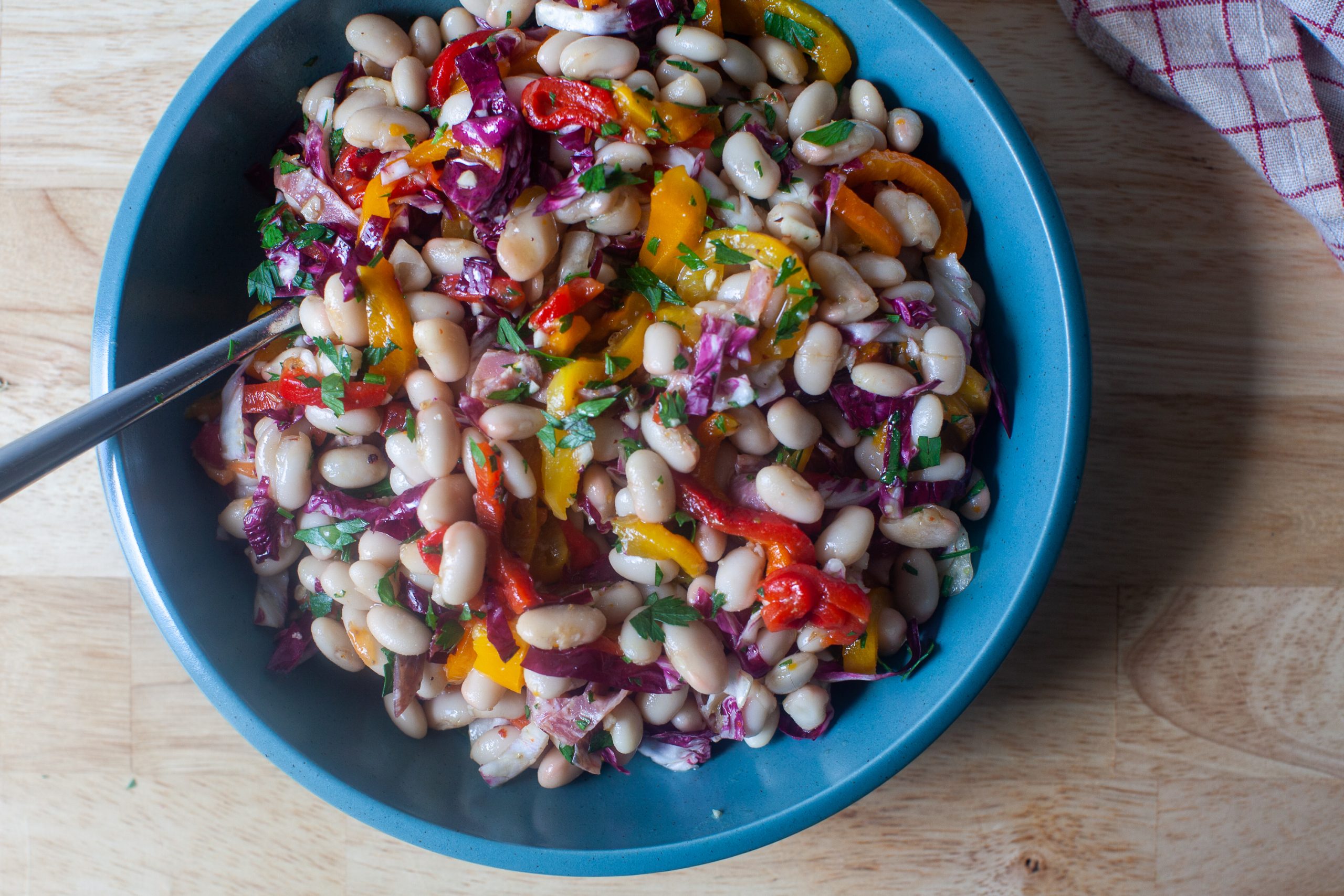 Recipes
Considering that bean salads — a can of beans, a Good Season-ish dressing, whatever chopped vegetables struck my fancy — were a fairly significant staple of my diet in my post-college years, I was shocked, absolutely shook, to realize how sparsely they’re represented here. In fact, there’s only two and they’re among the oldest recipes on this site. Let’s fix this right now. I spotted Alice’s Rosary Cannellini Salad at the end of a Stained Page newsletter last month — a wonderful newsletter if you’re interested in following cookbook news and gossip. The recipe is from a new, charming cookbook called A Good Meal Is Hard to Find: Storied Recipes from Deep South, by Martha Hall Foose, with original paintings throughout from Amy C. Evans in which each recipe tells a story from a quirky Southern character who shares a beloved recipe. I don’t usually look at bean salad recipes because I don’t need a recipe, I stubbornly insist, I can create my own on a whim whenever I want, but a few days after spotting this one — with an intriguing combination of roasted bell peppers, a sherry vinaigrette, and radicchio — a voice within me that said “maybe you can but what if you didn’t have to” grew ever-louder and I succumbed.

END_OF_DOCUMENT_TOKEN_TO_BE_REPLACED 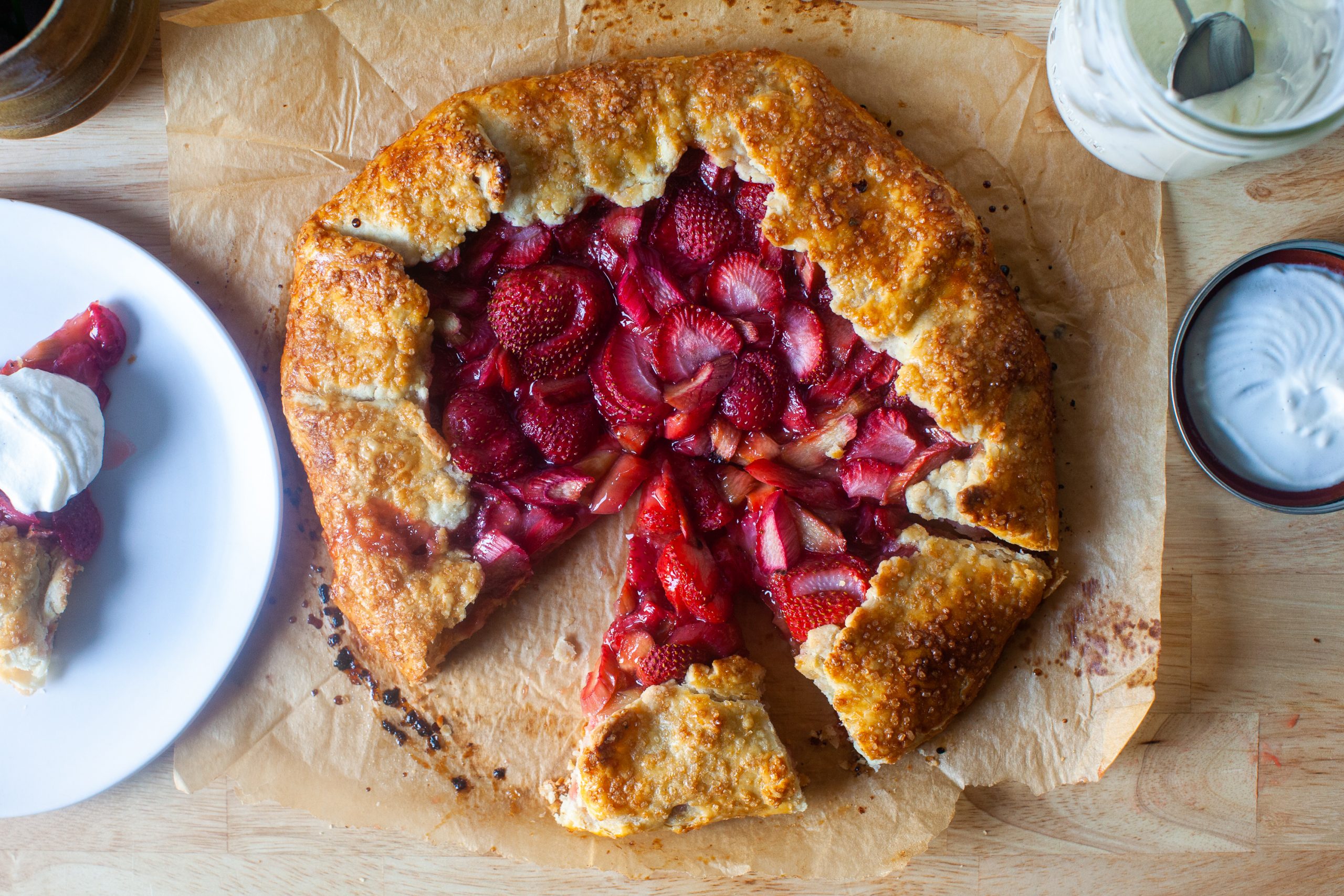 Recipes
The days are getting longer, fruit that has recently emerged from the earth, rather than cellophane, is showing up at markets and in CSAs, and you know what this means, right? It’s time to resist the siren call of pie season and make a galette instead. Galettes are the very best way to bring pie into your everyday life — and yes, I believe your everyday life deserves baked fruit in a buttery, flaky shell — because everything about them is easier. A single crust requires less time and less work. Because it doesn’t have the responsibility of keeping pounds of fruit from soaking into a pie plate, a more tender and flaky dough can be used. The filling uses less fruit and requires less of a shopping commitment. There’s less flavor-occluding sugar and thickeners because galettes are more forgiving of messiness. You don’t need a particular pan or even shape; oblong blobs taste as good and work exactly as well as circles.

END_OF_DOCUMENT_TOKEN_TO_BE_REPLACED

Recipes
The very first thing I cooked in our Inside Days was ragú bolognese. Previous to having all of the time in the world, I didn’t make it very often; we were too busy during the week and on the weekend, I preferred to be away from the stove. But that weekend! Our apartment smelled phenomenal as it gently bubbled on the back burner all afternoon, and I realized it had been way too long since we’d had the luxury of a multi-hour buildup to an anticipated meal.

END_OF_DOCUMENT_TOKEN_TO_BE_REPLACED 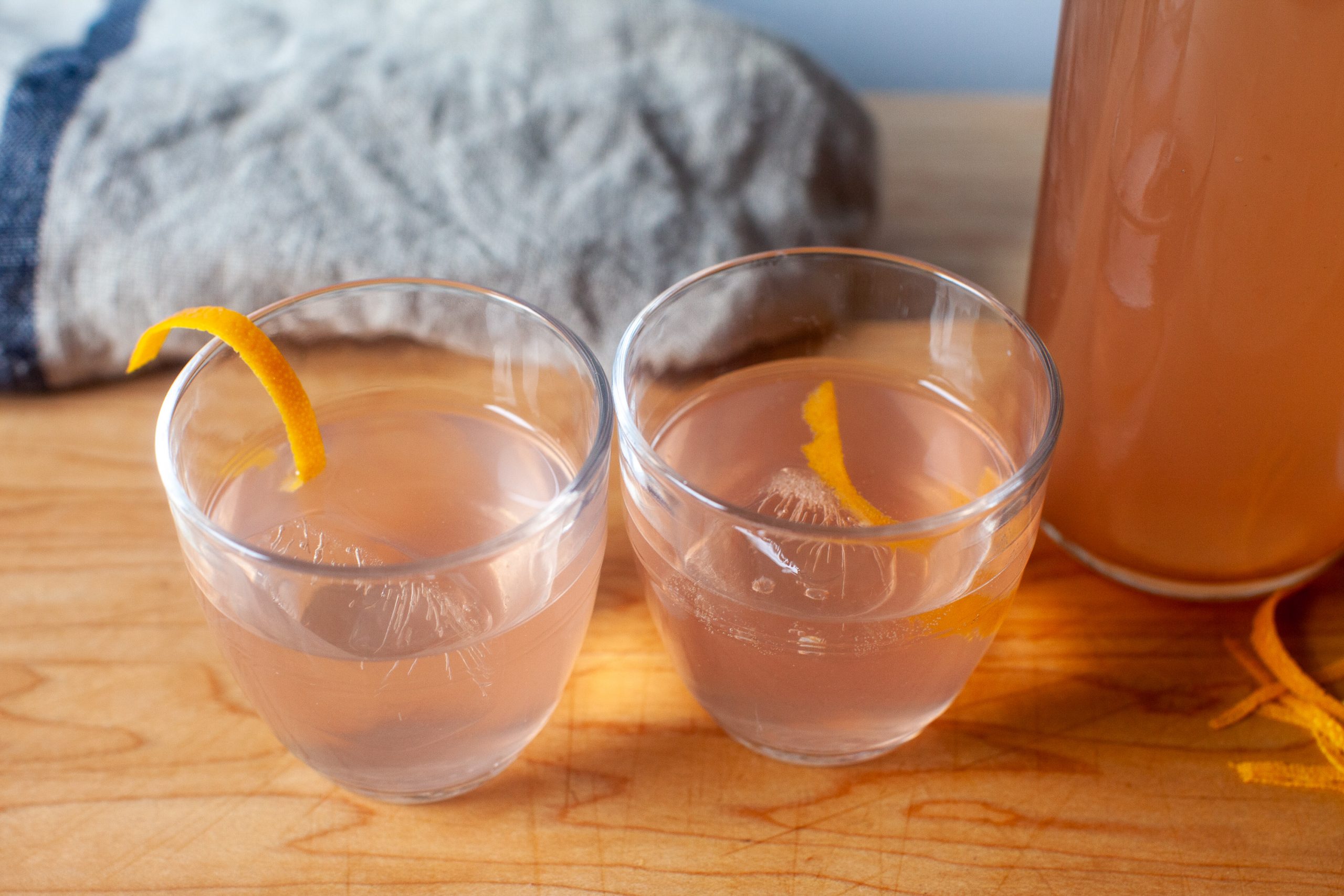 Recipes
My friend David Lebovitz, OG food blogger and nine-time author, wrote a book on the iconic cocktails, aperitifs, and cafe traditions of France, including 160 recipes, that came out in March. It’s the kind of book that makes you feel like you’ve hopped on a plane to fly to Paris to spend long, leisurely afternoons-into-evenings wandering, sipping and tasting this and that, something I had the delight to do almost a year ago in person. The circumstances might be terrible, but it feels like a bit of luck that he’s created a book that allows us to recreate these tastes and the feeling, as best as possible, at home.